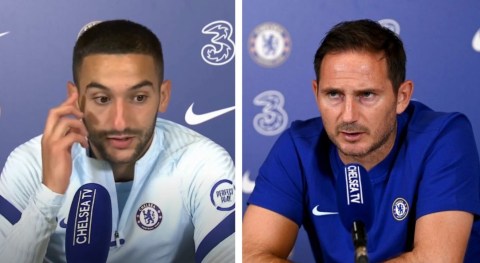 Chelsea winger Hakim Ziyech has explained how Frank Lampard convinced him to move to Stamford Bridge.

The blues reached an agreement to sign Ziyech from Dutch side Ajax in February but the Morocco international spent the remainder of the campaign in Holland.


Ziyech spent four years at Ajax, playing 165 matches for the club and helping them to win the Eredivisie title and reach the UEFA Champions League semi-finals.

The 27-year-old forward had a phone call with Frank Lampard earlier this year and says the conversation was very important in convincing him to join Chelsea.

‘We spoke on the phone,’ Ziyech said. ‘The way he [Lampard] was speaking about the game impressed me. For me also the most important thing was playing football. At that point he was just speaking about football and about his idea of the game. It was clear for me.’

Ziyech added: ‘I could not be any prouder [when he signed for Chelsea]. When you grow up, you always have a dream. For every young footballer, you want to play in the Premier League or in big competitions. For me it was a really proud moment to sign for Chelsea.’

On Ziyech’s Chelsea debut, Lampard said: ‘It’s hard, it’s hard because we are trying to find minutes for him. ‘He’s not ready to start a game yet, he’s pretty open about that in how he feels. But with Premier League games it’s hard to make those sorts of judgments going into a game.


‘He came on for his 20 minutes or so and think he showed his moments of class and calmness on the ball which you are going to see more of.

3 months ago
Ajax head coach Erik ten Hag has rubbished Jurgen Klopp’s criticism of the pitch at the Amsterdam Arena after the German claimed it had drained his players of their energy. Liverpool made the perfect start to their new Champions League season, winning 1-0 away against the Dutch champions due to […] 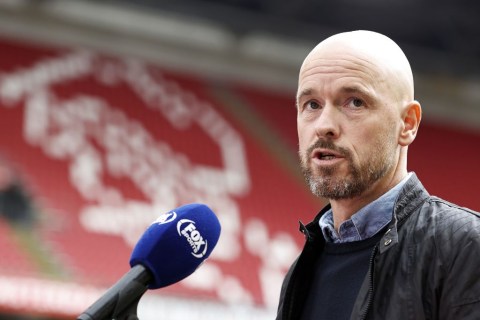