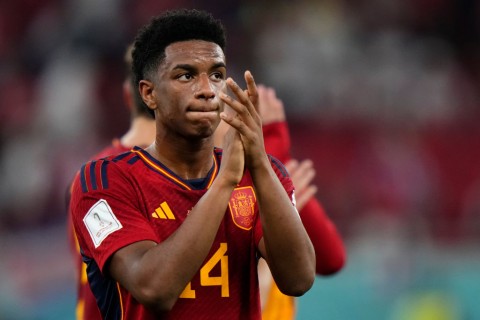 Barcelona youngster Alejandro Balde has named Manchester United as the club he would like to play for other than the La Liga club.

The 19-year-old has set about establishing himself in Xavi’s starting lineup this campaign, replacing Jordi Alba and starting 12 of their 14 league matches this term and chipping in with three assists.


His superb form earned him a place in the Spain squad for the World Cup in Qatar and while his future at the Camp Nou looks bright, he concedes he has a soft spot for Erik ten Hag’s side.

In a quick-fire Q&A with Mundo Deportivo on TikTok, Balde was asked, ‘A club other than Barcelona?’, replying, ‘United’.

Balde’s current contract with Barcelona will expire in 2024 but his breakout season has a number of clubs tracking his progress.

Recent reports in Spain claim the player’s agent Jorge Mendes has begun talks with Barcelona over an improved contract, with hope a new deal can be agreed by the time the club renew their campaign in 2023.


Xavi has hailed the player’s impact this campaign, blown away by his ability at such a young age.

‘I am happy for him,” Xavi said in August. ‘He has great quality and character. It never ceases to amaze me that an 18-year-old can play at that level.


‘Physically he is amazing and he is going to give us a lot. We have three left-backs at an extraordinary level, with Jordi and Marcos (Alonso) as well.’

Balde has a reported release clause of €500million with La Liga giants Barcelona determined to keep hold of him.

The Red Devils meanwhile would appear to be well stocked at left-back for the foreseeable future with Luke Shaw and summer signing Tyrell Malacia vying for the spot back at United.

Another Spanish youngster Alvaro Hernandez remains highly thought of at Old Trafford, named the club’s Under-23 player of the year last season and now impressing out on loan with Preston in the Championship.

2 months ago
France defender Lucas Hernandez reportedly considered retiring from football after his injury in their opening game of the World Cup, only to be talked around by his mum. Casemiro breaks silence on Cristiano Ronaldo’s Man Utd exit ‘Biggest mistake in Neymar’s career’ – Raphinha hits out at Brazil fans after […] 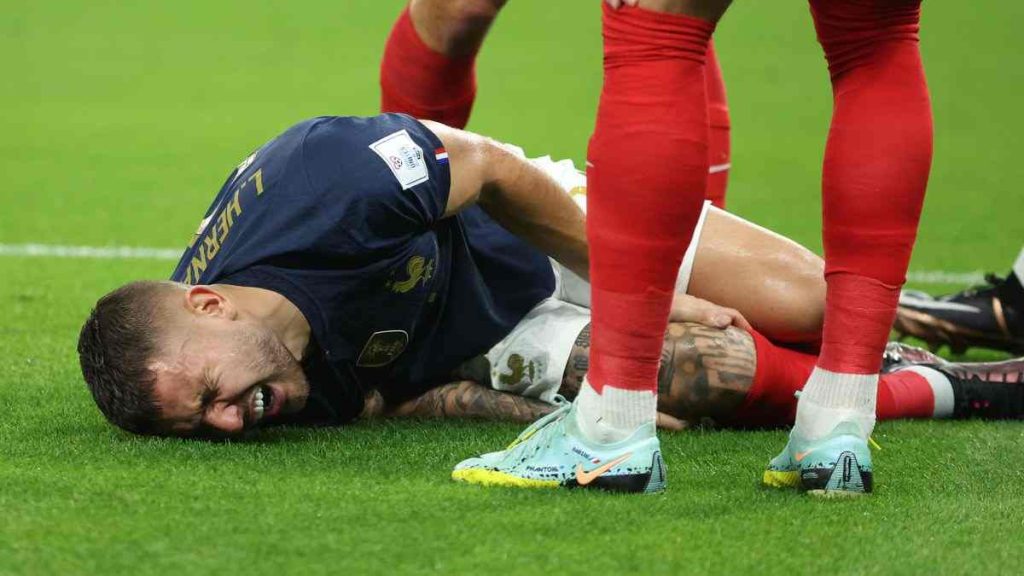