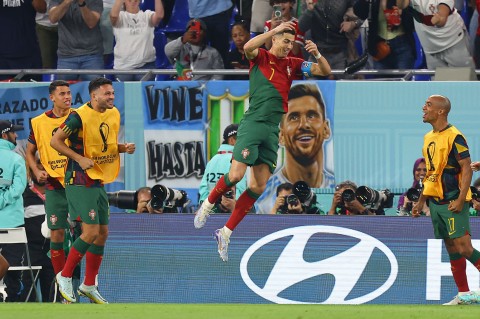 Messi and Ronaldo are believed to be the best football players of their generation – and some even feel they are the greatest footballers of all time – ahead of the likes of Pele and Diego Maradona.


But Messi and Ronaldo are frequently compared, with football fans and pundits trying to decide once and for all who is the true GOAT of the sport.

Tennis also has a similar GOAT dilemma with three of the best players of all time – Roger Federer, Rafael Nadal and Novak Djokovic, seeing their careers overlap.

Nadal holds the record for most Grand Slam titles in men’s singles with 22 while Federer – who retired in September – finished his career with 20, one behind Djokovic.

‘I compare Messi and Ronaldo to Roger Federer and Rafael Nadal,’ Crespo told Ladbrokes at the launch of their World Cup Free-To-Play Halftime Quiz.


‘Both are great, great players, and we need to take off our hats for them. But your feeling when you watch Messi and Federer is different. ‘Ronaldo and Nadal are still incredible at what they do, but, for me, Lionel Messi and Roger Federer are another level.’


‘I think he deserves everything in football, because he’s the kind of player who just has so much respect for everything in the game; the opponents, the rules, the fans, the club or country he’s representing,’ he added.

‘I don’t know what’s going to happen in this World Cup, but I think football has a debt with him; he deserves a World Cup.

‘He comes first; it’s more important that Messi wins it. He’s a part of all of us, and has been for around 15 years. He really does deserve it.’

2 months ago
Gary Lineker believes Lionel Messi has settled the debate on who the ‘Greatest Of All Time’ (GOAT) after his starring display in Argentina’s World Cup semi-final win over Croatia. Messi v Ronaldo: Hernan Crespo uses tennis to explain who is the best Lionel Messi’s furious spat with Weghorst in full […] 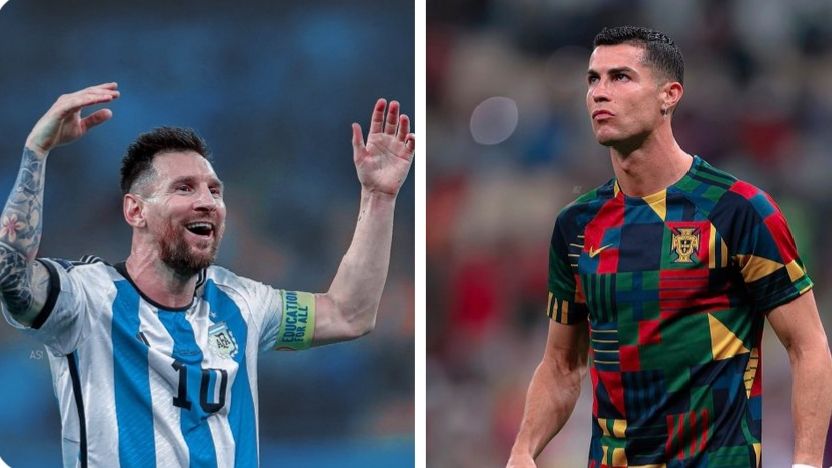