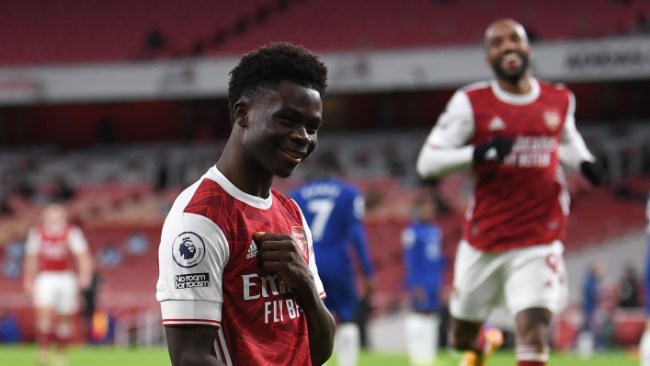 Arsenal star Bukayo Saka has rubbished claims his goal against Chelsea was a mishit and says he spotted Edouard Mendy off his line and lobbed the keeper.

The Gunners finally ended their long wait for a win with a 3-1 victory over their London rivals at the Emirates on Boxing Day, with Lacazette, Granit Xhaka and Saka scoring the goals.


Arsenal took a two-goal lead in the first half, with Lacazette scoring a penalty and Xhaka powering in a superb free-kick, before Saka put the game beyond Chelsea reach at the start of the second half.

The youngster picked up the ball on the edge of box, darting forward, and appeared to have a look up to see Martinelli unmarked at the back post, though he then whipped the ball into the far corner of the goal.

Mendy was helpless as the ball moved over his head, with Gary Neville convinced it was a cross that went askew, but Saka insists he was aiming at goal and had seen Mendy out of his line.

Asked by Sky Sports if he meant to score with the attempt, Saka said: ‘ Of course man! He was off his line.’


In another interview, Saka said it was an attempt on goal, telling BBC Sport: ‘I saw him off his line so I thought I could chip him. [Really?] Yeah!’

‘We feel that we are a good team who have been unlucky with results and red cards but this is a big one for our confidence.


‘It’s been tricky, tough, but we have come out of it and we are trying our best.

‘We grew up with each other, the young players all want to play and have the passion for this club. We want to make the fans happy.’

2 months ago
Frank Lampard has criticised the performance of his team in the 3-1 defeat to Arsenal, accusing his players of being ‘lazy’ and not working hard enough in the game. Chelsea went behind to a 34th minute penalty from Alexandre Lacazette before Granit Xhaka added a much deserved second goal with […] 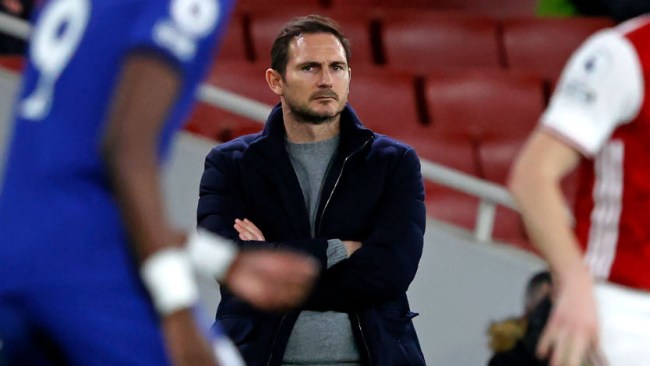