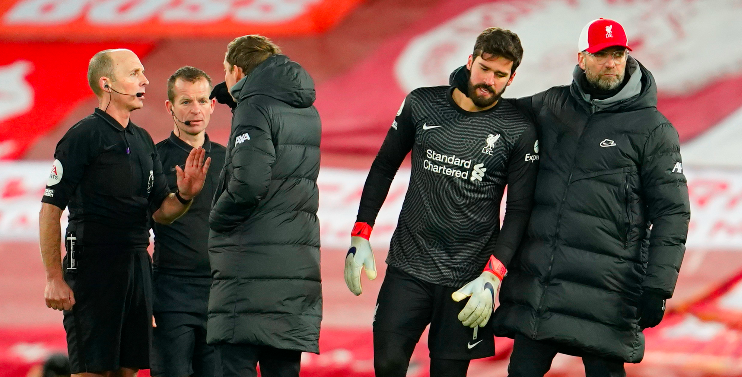 Liverpool manager Jurgen Klopp has revealed that Alisson felt the referee was wrong to award Burnley a penalty during their shock win at Anfield.


Barnes won the spot-kick after Alisson appeared to make contact with the Burnley player but the Liverpool goalkeeper says there was no contact.

Klopp said: ‘We had the ball a lot, created some and didn’t finish the situations off. ‘That keeps the game open and then they get the penalty – Alisson told me he didn’t touch him, but I didn’t see it back.’

Liverpool have now gone five Premier League games without a win and remain six points behind league leaders Manchester United at the midway point in the season.

Klopp added: ‘We lost the game which is pretty impossible but we did it. That is my fault. It is my job to make sure the boys have the right feelings and confidence.


‘That didn’t work out. We had the ball a lot and created some situations that are OK but our final decision is not right. I said the same thing last week.

‘When something doesn’t work you must try harder, longer and more often and make better decisions. It didn’t work tonight.’

Liverpool midfielder Georginio Wijnaldum said: ‘A really tough one. Before the game we had good intentions to play against Burnley.


‘We created enough to score a goal but unfortunately we couldn’t. We were not sharp enough and they got the penalty. ‘We had 100% chances. Now in the situation we are in we are struggling to score. It is difficult to explain.

‘People from outside will say we don’t have confidence. I still think we do. You shoot against the keeper and a lot of chances we get we are not 100% greedy to score a goal.

‘We have to keep on going. We have to not think a bout a tricky moment but perform. The next game is Manchester United and we have to try and win it.’

1 month ago
Jose Mourinho has congratulated Liverpool on getting close to matching Chelsea’s unbeaten home Premier League record, though doubts the milestone will ever be toppled. Liverpool’s 68-game unbeaten run at Anfield was ended on Thursday by Burnley, with Ashley Barnes scoring a penalty in the 83rd minute to secure win for […] 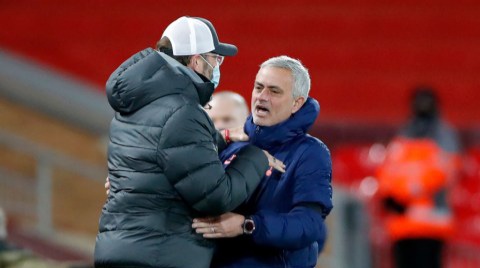