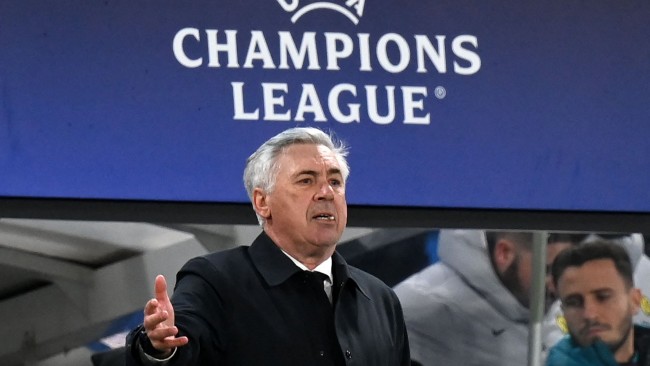 Carlo Ancelotti has dismissed Thomas Tuchel’s claim that Chelsea’s hopes of eliminating Real Madrid out of the UEFA Champions League are already over.

Tuchel delivered his verdict in the aftermath of his side’s 3-1 defeat to the La Liga giants at Stamford Bridge last week.


When asked after his side’s defeat if Chelsea’s tie with Madrid is still alive, Tuchel said: ‘No. Not at the moment, no. ‘Why is it not alive? Because we have to find our level and I don’t know where it is.

‘So far off our level in absolutely everything what the game demands. You cannot expect a result from this kind of performance.’


But when asked about Tuchel’s claim that Chelsea’s Champions League tie is over, Ancelotti said on Monday: ‘I don’t know, everyone has their opinion.

‘Chelsea are coming to fight and qualify. They know very well that it is difficult but they are going to try, that is the spirit of football, of big clubs that never give up.’

Speaking in his press conference earlier on Monday, Tuchel stressed once again the scale of the Blues’ task at the Santiago Bernabeu.

‘We need nothing else than a fantastic script if we want to be able to overcome this,’ said the Chelsea manager.


‘The challenge is incredibly high given the circumstances of the first leg and where we play and against whom we play. It’s always allowed to dream and it is sometimes important to imagine things and to dream about it, but it will not shift the focus from the fact that we need to deliver and be ready tomorrow.

‘It’s worth trying in sports. It’s a beauty of the game that everything is possible always. We will try everything and from there we see.

‘Hopefully belief grows within the match by our actions and hopefully we can fulfil our dream. But realistically we have to invest a lot and be at our very top level.’

3 months ago
Rio Ferdinand has blasted Manchester United’s recruitment in recent years and says only one signing in the past decade has improved after moving to the club. The Red Devils look likely to miss out on Champions League football next campaign after losing to Everton on Saturday, with the club now […] 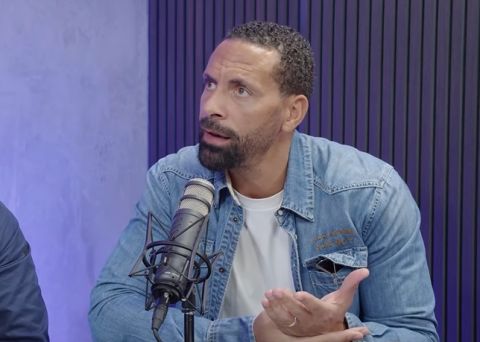