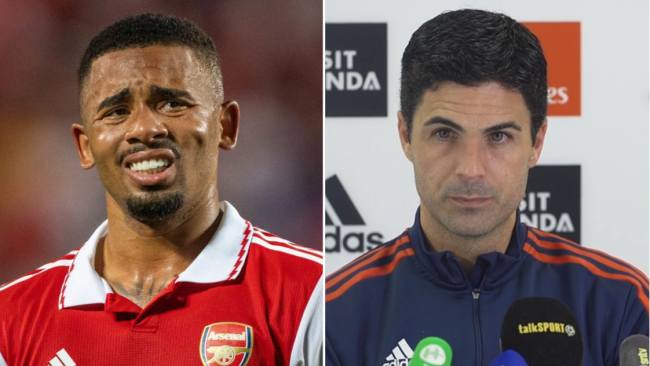 Mikel Arteta says he has been given no indication as to why Gabriel Jesus was not selected by Brazil and believes the striker – as well as Gabriel Magalhaes and Martinelli – will use the snub as added motivation.

The Arsenal trio have all started the campaign in good form, with Jesus in particular shining with three goals and three assists in his first six Premier League games to become an instant fans’ favourite.


Yet none of the players have made Brazil head coach Tite’s latest squad for the last round of friendlies against Ghana and Tunisia before the World Cup starts in November.

Tite made a point of saying that the door is not closed on the players who were omitted from the team, and Arteta has revealed that Jesus and the other snubbed Arsenal stars have already put their heads down and started working hard to get back in the team.


Asked if he had been given any reason for Jesus not being in the team, Arteta replied at his pre-Brentford press conference on Friday: ‘I haven’t.

‘What I have to do is try to convince the players that they have to continue to do that – put their head down and accept the decision made by the coach of the national team.

‘And give [Tite] even more reasons if necessary, that it is so evident that they have to be selected. ‘That is the way the boys reacted and there is nothing else to comment.’

All three players were part of Brazil’s team in June for friendlies against South Korea and Japan, though Gabriel Magalhaes was nursing a thigh injury and is yet to make his international debut.


Speaking at the time he announced his team last week, Tite said Jesus ‘is having a great time [at Arsenal] and is absolutely in contention’ though he wanted to explore other options instead.

Liverpool striker Roberto Firmino was recalled while Matheus Cunha and Flamengo’s Pedro are thought to be the biggest challengers for Jesus’ and Martinelli’s places.

5 months ago
Carney Chukwuemeka scored a brace as Chelsea beat Brighton in a behind-closed-doors friendly win on Saturday. Graham Potter faced his former team in an unofficial game at the Amex Stadium as Chelsea’s Premier League fixture against Liverpool on Sunday was postponed, while Brighton’s derby with Crystal Palace was also called […] 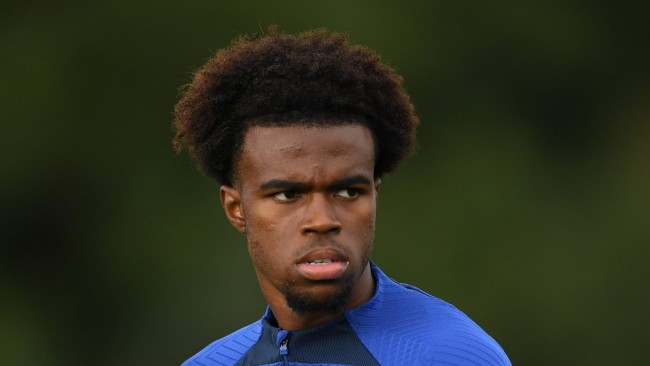