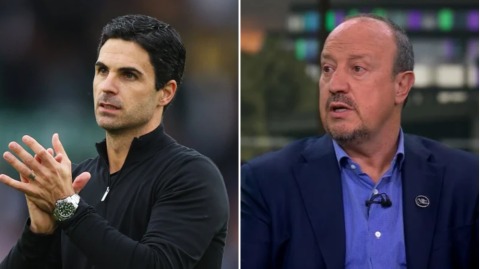 Rafa Benitez has revealed how Mikel Arteta did everything he could to help Pierre-Emerick Aubameyang before the player left Arsenal.

Earlier this month a video emerged of Aubameyang criticising Arteta’s management at the Emirates in which he claimed the Spaniard did not know how to handle ‘big players’.


During their last few months together at Arsenal, Arteta stripped Aubameyang of the captaincy after several disciplinary breaches.

Arsenal subsequently agreed to terminate Aubameyang’s contract, which made the way for the striker’s move to Barcelona in the closing stages of the January window.

But Benitez says Arteta attempted to ‘support’ Aubameyang before eventually deciding that the attacker had no future at the club.

Speaking about Arteta’s fall-out with Aubameyang, Benitez told Premier League Productions: ‘I will tell you something because I know a little bit from the inside.


‘He was trying to support the player as much as he could and after he couldn’t and that’s it. And he has to make a decision.’

Benitez also praised Arteta for improving Arsenal’s playing style and believes the World Cup break could improve their chances of competing for the Premier League title.

‘They press high, they have the possession, they move the ball very quickly, they have light players, very dynamic up front, as soon as they give the ball away they press and regain the ball quickly. They have good players in one-versus-one situations, they play wall passes, a lot of good things, the defenders are very high.

‘He [Arteta] said that, ‘we made easier roads in dangerous areas’, when you are doing well, when you have good players you can take the risk, [Kevin] De Bruyne was talking about that, he can take the risk in the last pass. They [Arsenal] can do that because they are so quick when they go to press.

‘They have so much pace in attack, they are now mentally ready. It’s like when Manchester City and Liverpool were doing well, they go and press quickly and because you are on top of the other team you regain very high and then you create more chances.

‘What they are doing now, a lot of teams play from the back, and because they are so quick to regain and the other team is wide open and then they create more chances and score more goals.

‘It’s good to give time to the right coach, in England it’s very easy to talk about, ‘they have to spend money, it’s the only way’. And it’s not the way.

‘Then if the manager is right, if the ideas are right, you have to give him confidence, that is really important to do something. He [Arteta] was under pressure a couple of times, and still they were spending a lot of money, don’t get me wrong, but they were supporting him and he was doing well. And at the end of the day, the value of the team, the players, the club, is much better now.’

Speaking on Arsenal’s title chances, Benitez said: ‘They have a young team, with the World Cup now and the break, they will recover and have fresh legs for the second part of the season.


‘If they have confidence, if they win two or three games, they will be there, because they will have more belief and the energy to do it.’

3 months ago
Manchester City are unhappy with Liverpool manager Jurgen Klopp’s comments in the build-up to Sunday’s game and feel he ‘unnecessarily and irresponsibly inflamed tensions’. The Merseysiders secured a 1-0 win over the reigning champions at Anfield but the game was overshadowed by bad behaviour from both sets of fans. Pep […] 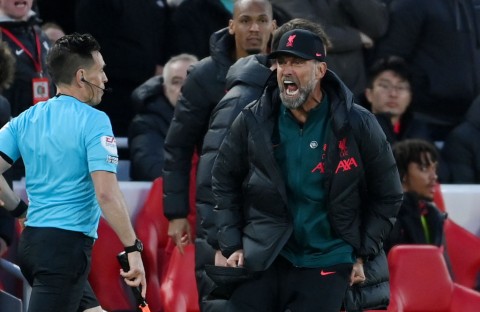