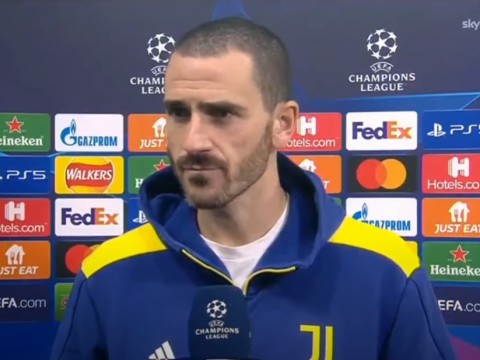 Juventus defender Leonardo Bonucci concedes Chelsea caused the Serie A side ‘so many problems’ in their 4-0 defeat on Tuesday.


Chelsea have now secured their place in the Champions League knockout stage and are set to finish top of Group H ahead of Juventus.

And Bonucci has now urged his teammates to ‘learn lessons’ from their humbling defeat against the Champions League holders.


‘It’s a heavy defeat, certainly, we have to take the lesson that against these teams you must always go at 1,000km/h, because the moment you slow it down, they punish you,’ Bonucci told Sky Sport Italia.

‘We tried in the second half to close down their moves down the flanks but we weren’t focused enough on those two balls they put in from wide.

‘It is important we learn the lessons from this game, which is that against these teams you cannot lower your intensity or concentration for a moment.

‘We conceded the first goal from a corner, it might’ve been handball. We should’ve controlled it better in the second half, as they caused us so many problems.


‘The Premier League has seven, eight, nine teams competing for the title every season and they are also therefore challenging to go all the way in the Champions League.

‘We need to take the right lessons from this game and be ready to take it going forward. You have to be 100 per cent physically and psychologically for every moment in these games, otherwise you will be punished.

‘We qualified for the round of 16, that was the first objective and we achieved it. Now we look forward.’

Wed Nov 24 , 2021
Zinedine Zidane has already made it clear that he would be willing to take over at PSG if Manchester United are able to sign Mauricio Pochettino, according to reports. United are searching for their next permanent head coach after sacking Solskjaer on Sunday and appointing Michael Carrick on an interim […] 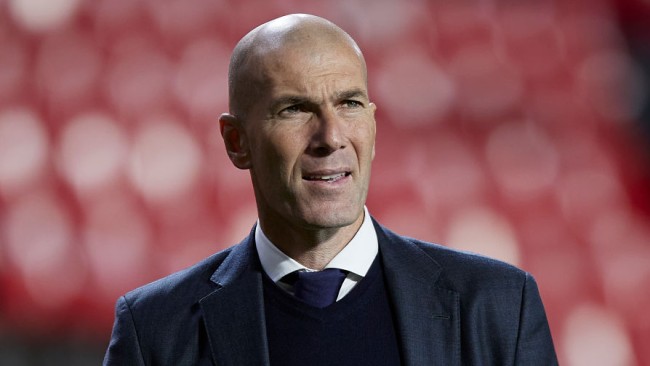