And the Liverpool legend said Klopp’s decision to send Nathaniel Clyne out on loan was coming back to hurt him, with James Milner struggling to play at right back.


Liverpool, who drew to Leicester City last Tuesday, took the lead through a Sadio Mane goal that shouldn’t have been allowed for offside.

Carragher was critical of a number of Liverpool players and said the club’s lack of squad depth was visible.

He told Sky Sports: ‘It was a really poor performance. So many players performed so poorly. The manager is clearly frustrated.

‘What’s hurting Liverpool is the squad. Look at the right back situation. Klopp has made a big mistake letting Clyne go. You don’t need to let him go, keep him there.


‘Milner playing at right back, he looks completely out of position. Keita doesn’t look quite right. Mane is not his normal self. We didn’t see Salah tonight.

‘Liverpool are not a solid team right now. It doesn’t feel right.’

Speaking after the 1-1 draw, Virgil van Dijk said: ‘It was a tough match. West Ham played well and defended well.

‘It could have been a lot better [the performance]. It is what it is. We are still top of the league – today is a bit disappointing but we move on.’

Hammers captain Mark Noble, said: ‘We defended fantastically well and probably deserved to win tonight. You can’t play man to man against Liverpool and out-pass them.


‘You have to keep your shape and stop them. We scared them. You have to do that against the top teams. I’m just gutted we didn’t come away with the three points.

‘We’re gutted in there because the goal was clearly offside. We scored a fantastic set-play and didn’t manage to get a second goal.’

Wed Feb 6 , 2019
Real Madrid have told Chelsea forward Eden Hazard they will make an offer to sign him in the summer, according to reports. The Belgium international has already won two premier League trophies at Chelsea but he appears to have his heart set on a move to Santiago Bernabeu. In an […] 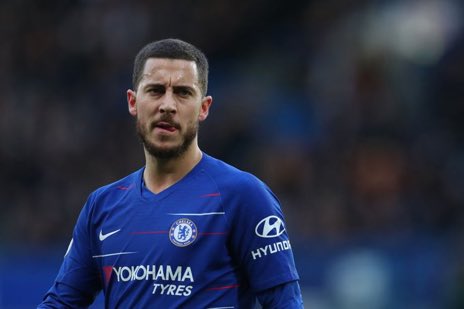