Dani Ceballos has revealed that Unai Emery was an important factor in his decision to sign for Arsenal on a season-long loan amid strong interest from Tottenham.

Spurs were in pole position to land Ceballos earlier this summer window, but Emery’s personal intervention convinced the Real Madrid player to choose the gunners.

The 22-year-old Spaniard becomes Arsenal’s second signing of this window after Gabriel Martinelli who completed a transfer from Ituano to the Emirates.


Ceballos has been handed the No.8 shirt which has been vacant after Aaron Ramsey’s exit to Juventus.

While Tottenham were confident of a deal after meeting with the midfielder and his family before the European Under-21 Championships, his mind was made up when Emery reached out to him over the phone.

Asked why he chose Arsenal amid interest from other Premier League teams, Ceballos told the club’s official website: ‘I knew I had the confidence of the coach, which was very important for me from the start.


‘I was aware of the responsibility that wearing this shirt entails and it was a tremendously proud moment when I decided to join Arsenal.

‘The coach was the turning point in terms of me joining this massive club. He’s a Spanish coach and he knows me from my time at other clubs.

‘I’m really happy to be able to help Arsenal achieve our objectives.’

Hector Bellerin, who has a very close relationship with Ceballos, played an important role in persuading him to join Arsenal.


Asked which players he spoke to before joining, Ceballos said: ‘Well, as you know there are Spanish players here like Nacho Monreal and Hector Bellerin.

‘I get on really well with Hector away from football, on a personal level.

‘I told him I was thinking of joining and he told me not to think twice because this is a great city and a great club and that I was going to have a great time.

‘I can’t wait to see him and say thanks for his help in getting me here.’


On the arrival of Ceballos, Emery said: ‘We’re excited to see Dani join us. ‘He is a talented player with big technical ability, creativity and precision.’

Ozil attacked by knife-wielding gang before Kolasinac fights them off

Thu Jul 25 , 2019
Arsenal midfielder Mesut Ozil was forced to “run for his life” as he and team-mate Sead Kolasinac were the victims of an attack by knife-wielding moped thugs in London. German star Ozil was seen racing down Golders Green Road in his black Mercedes G-Class SUV as the thugs chased him. […] 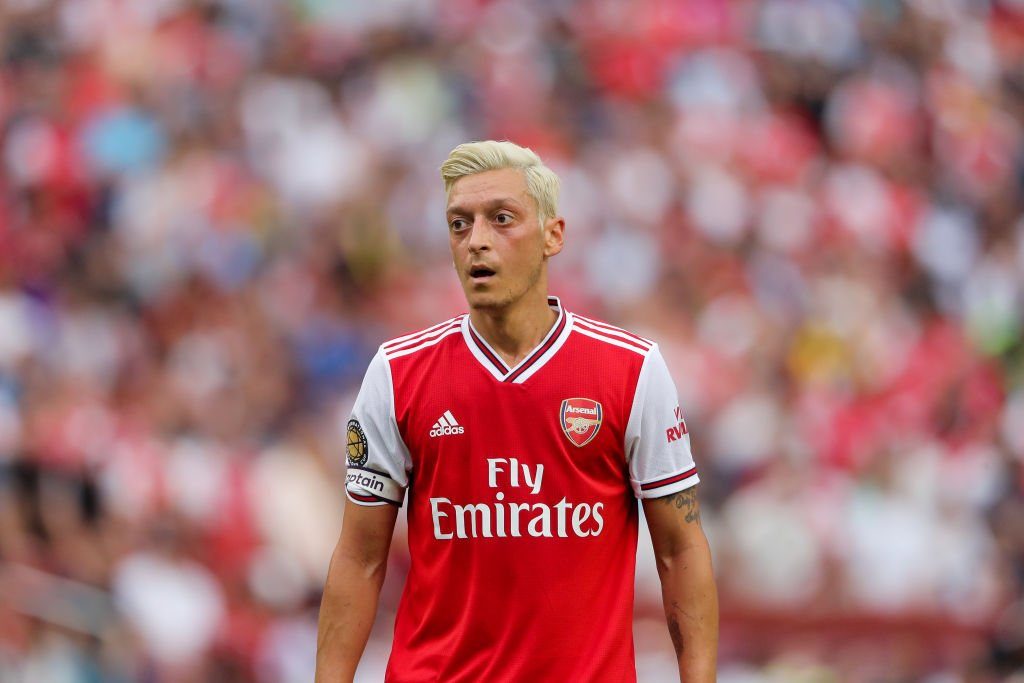