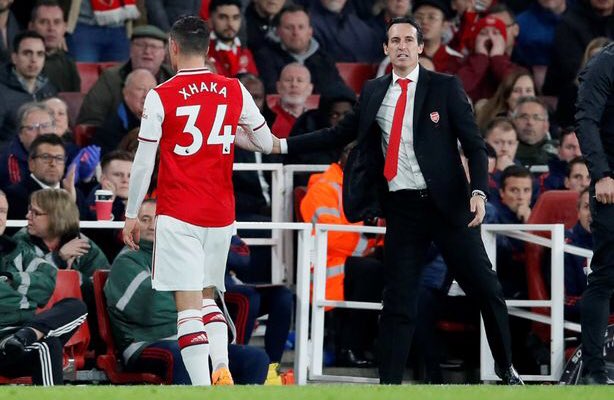 Unai Emery will reportedly hold a referendum with Arsenal’s players over whether Granit Xhaka will remain as captain after his angry reaction to fans.

Midfielder Xhaka was handed the captain’s armband in a permanent basis in September, after Laurent Koscielny left for the club Bordeaux, after Emery consulted his stars.


But the Swiss midfielder’s role as skipper is under huge threat after his reaction to supporters while he was being substituted against Crystal Palace.

Xhaka was ironically cheered and then booed as he made his way off to be replaced by Bukayo Saka, before he cupped his ears, shouted “f*** off”, took his shirt off and went straight down the tunnel.

It has led to calls for him to be removed as captain, and according to the Telegraph, Unai Emery is considering if Xhaka can continue with the armband.


They claim that the manager and player met on Monday to discuss what happened, with the Spaniard now expected to court the opinions of others in his team over Xhaka’s leadership.

Emery had said after the 2-2 draw with Crystal Palace: “Now is not the time to talk about that,” when asked about Xhaka’s future as captain.

Emery added: “He was wrong. We need to stay calm, speak to him internally about that. We are working with the club and the players to play under pressure.

“We are going to speak with him because the reaction was wrong. We are here because we have supporters. We work for them and need to have respect for them when they are applauding us and criticising us.”


According to The Atheltic, Xhaka left the Emirates stadium before the match had finished, although a club spokesman didn’t confirm this.

The report added that Xhaka was later visited at his house by three senior Gunners stars, who offered him some comfort – but none of the three players are named.

While Hector Bellerin took to Twitter in a bid for unity between players and supporters.

“We are all humans, we all have emotions, and sometimes it’s not easy dealing with them,” tweeted the Gunners right-back. “It’s time to lift each other up, not to push each other away. We only win when we are together.”

When I saw Messi, I knew Barcelona would win everything - Guardiola

Tue Oct 29 , 2019
Former Barcelona manager Pep Guardiola has said that, as soon as he saw Lionel Messi play for the first time, he knew the team would ‘win everything’. The now-Manchester City head coach took charge of 247 matches at Barcelona, winning La Liga three times, the Copa del Rey twice and two Champions Leagues titles, among other […] 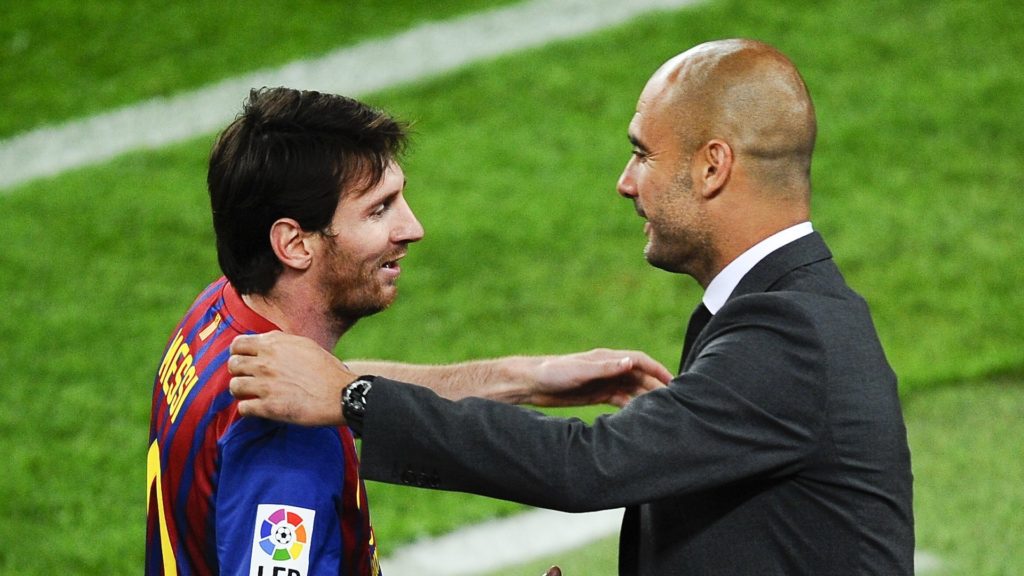