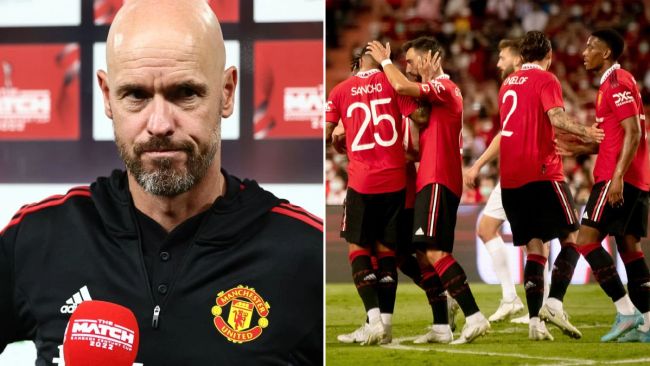 Erik ten Hag has hailed Manchester United’s display against Liverpool but admits he saw a number of mistakes in the 4-0 preseason win in Bangkok.

In United’s first game of the ten Hag era, United took a 3-0 lead in the first-half with Jadon Sancho, Fred and Anthony Martial all on the scoresheet.


With plenty of changes at break, United held their own when the likes of Mohamed Salah, Alexander-Arnold and Darwin Nunez entered the fray with Jurgen Klopp changing his team three times in total over the 90 minutes.

Ten Hag was impressed with the intensity his team showed on Tuesday with United pressing the opposition into mistakes from the early stages of the game.


While the Dutchman admitted he saw plenty of mistakes in what was the first game back after the summer break, he was impressed with the ‘speed and creativity’ United played with.

‘Of course we are satisfied, today it was a team with a great spirit,’ ten Hag told MUTV.

‘We did the press, we conceded some chances but also created a lot. We played brave, proactive football, we had to work hard to get out the mistakes but we are happy with the first game.’

‘I know we have good players, we started the first game now so I’m happy with the first step.’


He added: ‘It will take time. Believe me I have seen a lot of mistakes, you wouldn’t say if you see the result but let’s be honest, Liverpool play in three teams and they were not the strongest. So we do not overestimate this result.’

5 months ago
Jurgen Klopp saw plenty of promising signs from Darwin Nunez as the £85m signing made his first appearance for Liverpool in Tuesday’s 4-0 loss to Manchester United. A ruthless performance from the Red Devils brought a morale-boosting friendly win for Erik ten Hag, with Jadon Sancho, Fred, Anthony Martial and […] 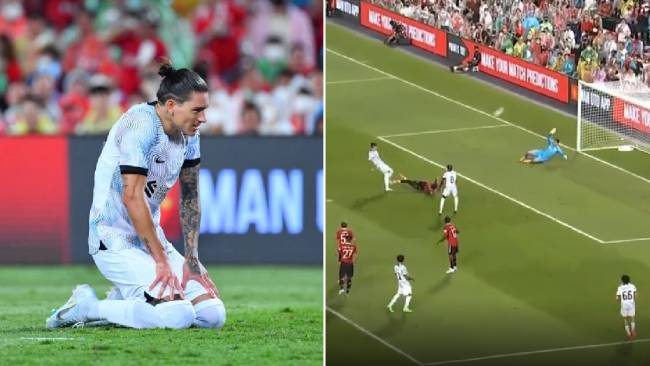