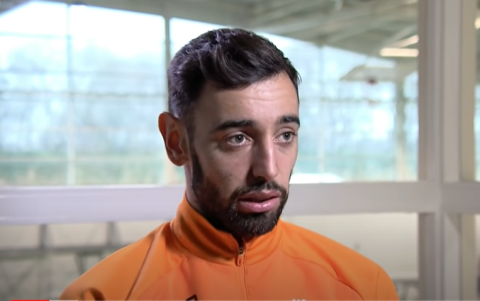 Bruno Fernandes has revealed the moment Manchester United surrendered the Premier League title race, while reiterating his desire to bring trophies to the club.

Solskjaer’s side climbed to the top of the Premier League table in January but then suffered a surprising defeat to bottom-placed Sheffield and drew to West Brom, who have also been relegated.


Man United’s slip-up handed the initiative back to Manchester City and Guardiola’s side went on to win their third title in four years.

Fernandes told ESPN Brasil: ‘We are evolving our mindset, we realise that every game is important and tough. We realised this year that playing against teams fighting against relegation can be more tricky than we thought.

‘We lost four points when we were still in first place against Sheffield United and West Bromwich Albion, and it was four points that made the difference for City to come close and overtake us as well.

‘This made us understand that we have to be focused and realise that all the matches are going to be tough and important for us to keep fighting for titles.


‘That’s where we failed, especially in January, which was our worst moment when we could have boosted our advantage over City, which didn’t happen. ‘Manchester City, rightfully, ended up overtaking us and managing to lead us by many points.’

Fernandes has quickly emerged as one of the best players in England since he moved to Old Trafford from Sporting Lisbon in January 2019.

The 26-year-old playmaker has scored 28 goals and made 18 assists in all competitions this campaign, while his form saw him collect the club’s player of the year for the second consecutive season.


But Fernandes is more concerned about winning trophies, he added: ‘My priority right now is to win trophies. ‘I think collective trophies are more important than individual ones because here we work for each other and if this works it leads us to collective trophies.

‘I think the club has improved a lot since before I arrived, it’s in a growing phase and the players are understanding more and more the mindset you must have to play at a club like Man United, which is wanting to win and win titles.

‘That’s what we’re here for. And, of course, I feel part of that and I want to help the club to evolve, to win and hopefully we can grow even more to fight for more trophies.’

Sun May 23 , 2021
An emotional Luis Suarez slammed his former club Barcelona for ‘underestimating’ and ‘undervaluing’ him after helping Atletico Madrid to their first La Liga title in seven years. Suarez scored the vital winning goal in Atleti’s 2-1 win over Real Valladolid to edge out Real Madrid on final day of the […] 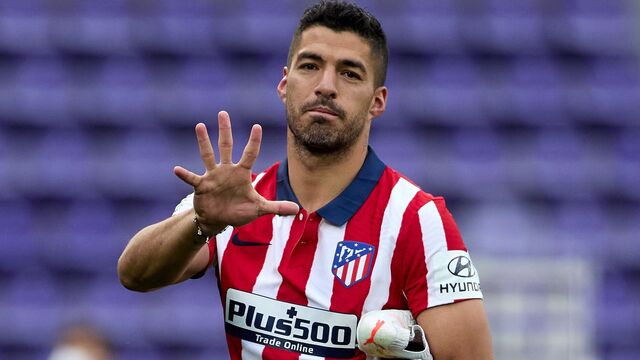