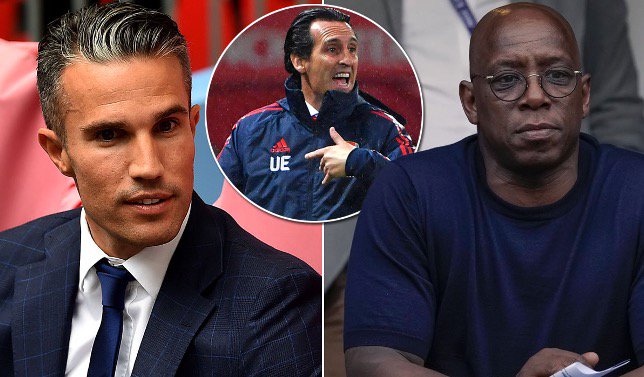 Robin van Persie has criticised the tactics of Arsenal head coach Unai Emery as his team played out a 1-1 draw in the Premier League with Manchester United at Old Trafford on Monday evening.

Van Persie featured as a forward for both sides, but he was left astounded that the north London outfit did not approach the match with a more positive attitude given the struggles of their opponent.


He was disappointed, particularly, to see a lack of intensity in their play at both ends of the pitch.

“Even though it’s away, it doesn’t matter, this is a big game. Just go at them and try to win the ball high, play in their half, play positive,” he told Optus Sports.

“I would like to see a better game plan. It is like in the first 25 minutes of the game, you could see they were dropping back a lot, quite deep. If you choose as a coach and as players to do that, it’s fine, but then you need to have runners. You need to have at least two runners once you get the ball which I didn’t see.”

Ian Wright, another former Arsenal player, was disappointed to see the manager pick what he felt was a negative team, with Granit Xhaka, Matteo Guendouzi and Torreira lining up in a midfield that was designed to stifle than thrill.

“No Mesut Ozil, no Dani Ceballos – creative midfield players. No one to really get the ball and control the game from an Arsenal perspective so they can get on the ball and maybe get their players into it,” he lamented.

After falling behind to a Scott McTominay strike just before the break, Ceballos was brought on and helped fashion Pierre-Emerick Aubameyang’s equaliser, while the point took Arsenal fourth in the Premier League.

It was, however, a blockbuster game that failed to live up to its billing, with neither team capturing the imagination of supporters or critics.

United’s problems continue, meanwhile, having made their worst start for 30 years, with only nine points gotten from their seven outings this campaign.

Tue Oct 1 , 2019
Cristiano Ronaldo continues to keep everyone guessing when it comes to his future, with the Juventus forward dropping another hint at his retirement plans. Ronaldo is not your average player, and the superstar has worked tirelessly to keep himself in the best shape possible even at the age of 34. He […] 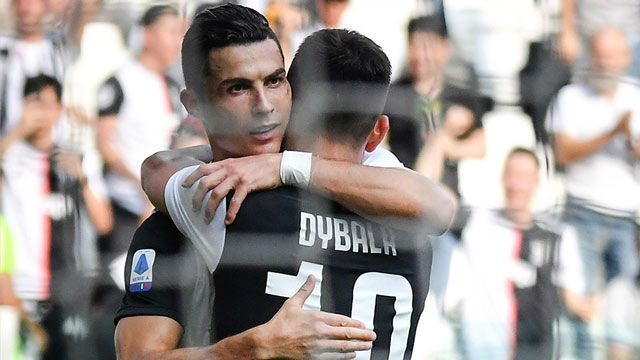