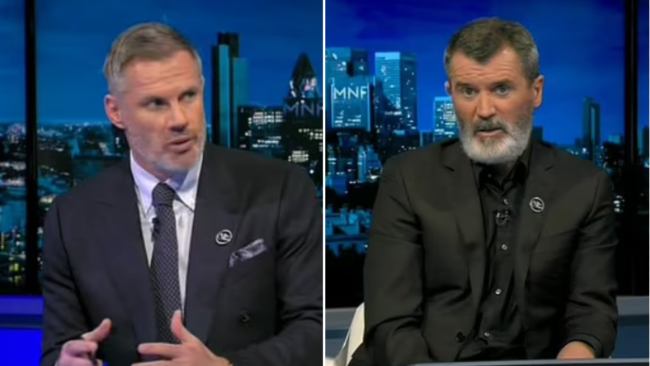 Jamie Carragher and Roy Keane disagreed over the inclusion of Virgil van Dijk and Cristiano Ronaldo after they were asked to name the three best players in England.

The duo were covering Aston Villa’s 1-1 draw with Nottingham Forest on Monday at the Forest Ground for SkySports.


Attention switched to a wider discussion about the Premier League after the game, with Keane and Carragher asked to name their top three players in the league.

Both pundits picked Manchester City players Kevin de Bruyne and Erling Haaland after their superb form so far this campaign.

But, Carragher stuck with Virgil van Dijk as his third pick while Keane selected his former team-mate Cristiano Ronaldo as third.

‘Kevin De Bruyne I think has been the best player in the league for four or five years, you’ve got to say Haaland now he is an absolute global superstar and despite his form this season I’m going to still say Virgil van Dijk,’ said Carragher.


‘I think he’s been absolutely amazing over the last four or five years and transforming Liverpool from where they were when he came in to where they’ve been the last few years.

‘No listen it hasn’t been great [Van Dijk’s form this season], but I’m not going to judge him based on eight games when he has been amazing for five years.’


Keane, though, omitted the Dutchman from his top three players and selected Ronaldo instead.

‘De Bruyne, Haaland and Ronaldo,’ said Keane. ‘De Bruyne, obviously I played in midfield and what he does week in week out consistently is fantastic.

‘We’ve seen what Haaland has done already but obviously he’s new to the Premiership – amazing to see what he can achieve in the next few years, particularly playing with a really good team like City and obviously working with Pep [Guardiola].

‘You have to get Ronaldo credit with last night [Sunday], scoring 700 goals in his career – amazing.’

4 months ago
Manchester United have revealed the ‘in-joke’ behind Cristiano Ronaldo’s new goal celebration after he failed to do his trademark ‘Siu!’ when he netted against Everton on Sunday. The Portuguese star scored the winning goal in United’s 2-1 win at Goodison Park, latching onto an excellent pass Casemiro before rifling the […] 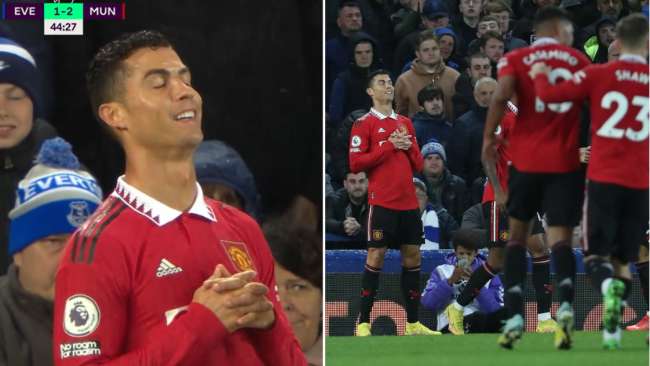