Manchester City midfielder Kevin De Bruyne has revealed he would like to join his former club team-mate Vincent Kompany at Anderlecht when he eventually leaves England.


Kompany returned to his boyhood team in Belgium on a three-year-contract earlier this summer after playing 360 matches in 11 successful years at City.

De Bruyne told The Sun: “I hope his [Kompany’s] career will be just as amazing at Anderlecht as it was at City. I’ve told him to keep a place in his team for me in a year, or seven, when I’m finished here.

“If he does do that for me I will already have my next destination lined up; my next job.


“I will definitely miss him being around City.”

De Bruyne, who arrived at the Etihad Stadium from Wolfsburg in 2015, revealed Vincent Kompany had a major influence in his decision to move to the Premier League four years ago.

“At the time City were trying to sign me from Wolfsburg and Vinny was pushing for me to move to Manchester to play alongside him,” he said.

“He would constantly ask me when I was coming. He would say, ‘you need to come’, constantly encouraging me to join City.”


A host of Manchester City and Premier League legends are set to turn out for Kompany’s testimonial match at the Etihad Stadium on Wednesday.

Wed Sep 11 , 2019
Jadon Sancho had no intention of signing for Manchester United during the summer window, according to Borussia Dortmund sporting director Michael Zorc. The 19-year-old burst onto the scene at Westfalenstadion last campaign, having arrived in Germany from Manchester City for a £9 million fee in August 2017. Sancho contributed 12 […] 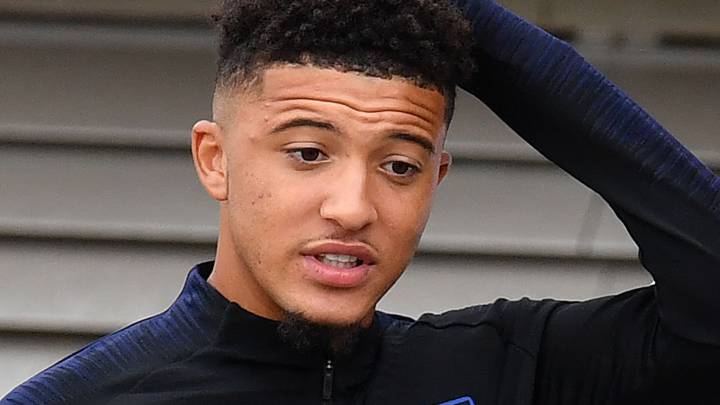