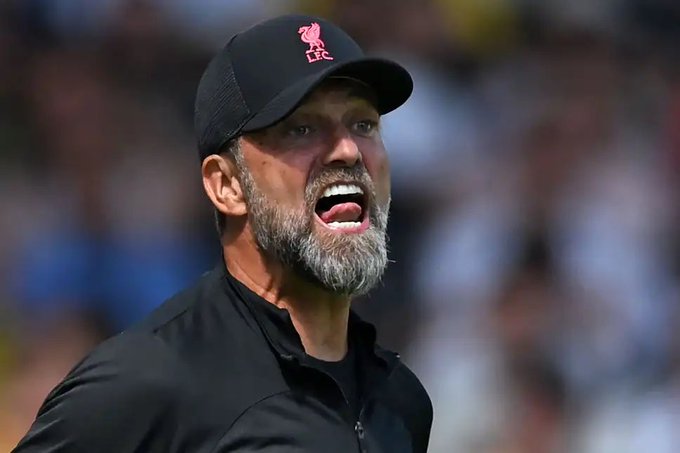 Jurgen Klopp has played down Manchester United’s defensive display in Monday’s 2-1 win for Erik Ten Hag’s side and says there were occasions where the home team looked ‘confused’ by Liverpool’s attacking play.

The Red Devils harassed and harried with huge intensity at Old Trafford, opening the scoring through a composed finish from Jadon Sancho before Rashford grabbed what proved to be the winning goal shortly after the break.


Liverpool huffed and puffed and pulled a goal back through Mohamed Salah, though never appeared to give their back-line much trouble despite enjoying 70% possession.

Klopp, however, viewed the game differently – even saying his team should have won – and felt Liverpool created situations where United’s defenders looked lost and befuddled but failed to capitalise on those moments.


Asked if United were ‘at it’ from the very first moment, Klopp told ViaPlay: ‘Yes, absolutely. But the situation was clear before the game. When you have the ball you cannot fly into challenges and have the ball at the same moment.

‘We know what we want to do, and we are a team who is famous – I would say – for an outstanding attitude and that’s what the boys had today as well, but in the beginning United could more play the game they wanted than we could play the game we wanted.

‘And then they hit the post, and then they scored the goal. I’m not sure if it was immediately after that, but then from a specific moment we really then played the game we wanted to play.

‘We caused them massive problems. We were unlucky in certain situations, especially around the set-piece that we didn’t score. That could have turned the game, hypothetical of course.


‘But we had a good second part of the first half, so we wanted to build on that and showed the boys [at half-time] a couple of situations where we played exactly in the spaces where United couldn’t even get [near] to us.

‘I think there were really confusing defensive situations where nobody of them [United’s defenders] knew anymore really where they were, but there were enough legs there so they could defend it. And we couldn’t score.

‘So we wanted to build on that and then we came out of half-time and conceded the second goal, and obviously in that situation everybody knows we can do that differently.

‘If you are only 1-0 down you can play your game, but when you are 2-0 down you have to chase the game. That’s how it is, and then you always lose a bit of precision or whatever.

‘But we scored a goal and then time ran out. That’s all. We were then not clean enough anymore but put them under pressure, created moments, and David de Gea with a few outstanding saves as well.

5 months ago
Leicester City have turned down Chelsea’s third offer of £70 million for Wesley Fofana, according to reports. The Blues have already seen offers of both £50m and £60m for Fofana rejected by Leicester and it’s believed that the Foxes are holding out for at least £80m. According to The Telegraph, […] 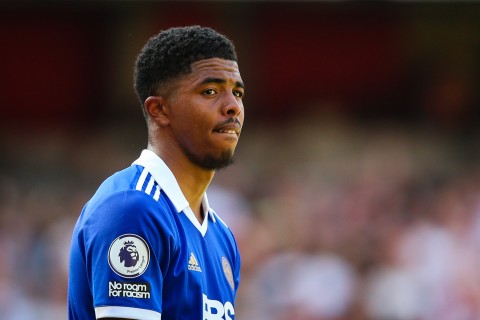