Manchester United have deleted a post on Twitter which praised Erik ten Hag and Ajax after widespread backlash from fans.

The Red devils delivered another poor display at the weekend as they were hammered 4-0 by Brighton on Saturday.


The result means that United will now register their lowest points tally in Premier League history, while they also face the possibility of missing out on Europe altogether.

United attempted to lighten the mood of fans on Monday by posting an update on Ten Hag’s situation at Ajax as their incoming manager is now on the verge of winning his third Eredivisie title at the club.


But United’s post on Twitter was slammed by fans, who labelled the club ’embarrassing’ and ‘shameless’ for their update on Ajax.

United have since deleted the post after supporters were quick to direct their anger towards the club.

One United fan wrote: ‘Shameless. Disrespectful to fans. What made you think, this is a good story?’

Another United supporter said: ‘State of my club! Piggybacking on the success of another team. Tweet’s now been deleted.’


‘TF is wrong with you guys, how is Ajax business our business? This is so embarrassing,’ one United fan asked. Another United fan wrote: ‘This must be one of the most embarrassing tweets ever. Have u no shame.’

‘This is absolutely embarrassing..no shame. Well done to Ajax but this is embarrassing!’ replied another United supporter. 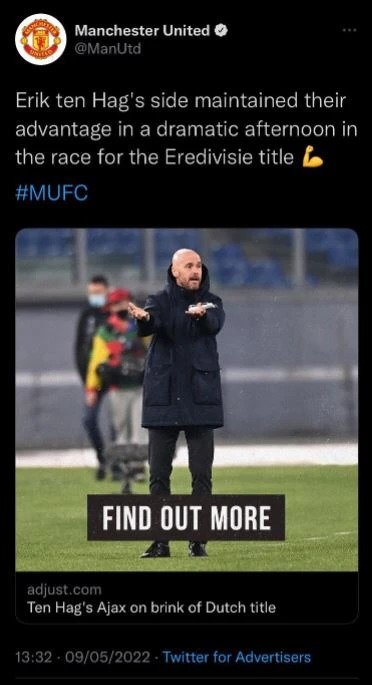 Speaking after United’s humiliation against Brighton, Ralf Rangnick said that he expects Ten Hag’s reign at the club to start with at least six new signings.

‘In the end football is pretty easy, you just need to win games,’ said Rangnick.

‘In order to do that it’s obvious with quite a few players whose contracts are expiring we need a number of new players.

‘There is already at least something like a number of players that are really top players for this club but as I said we need all the other areas.

‘I suppose there will be six or eight new players. ‘They should be top players to strengthen the quality of the squad.’

Carragher explains why Eddie Nketiah must leave Arsenal this summer

9 months ago
Jamie Carragher has advised Eddie Nketiah to leave Arsenal this summer in order to become a top striker. Nketiah scored two goals on Sunday as Arsenal beat Leeds United 2-1 at the Emirates to move four points clear of Tottenham in the race for a top-four finish. The 22-year-old has […] 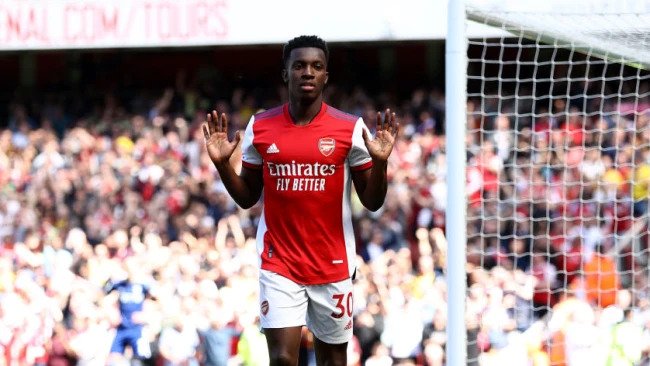