Chelsea have not made a bid for Gonzalo Higuain ahead of the January window, says AC Milan’s sporting director Leonardo.

The 31-year-old who has scored just five Serie A goals this campaign, is wanted by Chelsea as part of a swap deal for Alvaro Morata, according to Sky in Italy.


It is understood Maurizio Sarri has huge admiration for Higuain, who he worked with at Napoli and was interested in bringing to Stamford Bridge in the summer.

Higuain is currently on a season-long loan at the San Siro from Juventus after AC Milan agreed a £16m fee with a further £32m due if they wish to sign the player permanently at the end of the season.

The money spent on the loan deal means that any club wishing to sign Higuain in January would have to negotiate with both AC Milan, and parent club, Juventus.

“It is difficult to manage a striker when he doesn’t score,” Leonardo said. “Higuain must find the real himself, he is living in a different situation for him, he left Juventus and he is here on loan. He is very important for us and he knows it.


“We haven’t received any offer from Chelsea – no one has asked us for him and he didn’t ask to leave. Anyway, at AC Milan we keep only the players who want to stay here.”

Milan manager Gennaro Gattuso believes Higuain will stay at the club, calling on the striker to rediscover his goalscoring form that he had with Napoli and Juventus.

Gattuso said: “I want to see the Higuain of the second half against Frosinone. That is the real Higuain, always dangerous, who easily dribbled past the opponents, who had a couple of chances to score.


“Every day I hear people saying that Sarri or someone else called Higuain. I think he will stay, if he won’t it will mean I was wrong. My opinion, my feelings are based on what he said to me. My impression is he will stay here.”

Sun Dec 30 , 2018
Chelsea have agreed a fee witgBorussia Dortmund for winger Christian Pulisic — with the deal apparently confirmed on social media. Bild claim the winger will make a transfer to Stamford Bridge next summer after the clubs agreed a $51million fee for the USA international. And former Fulham and USA striker Eddie […] 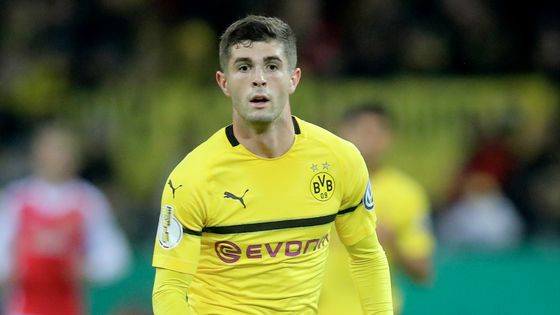