David de Gea is not suited to Erik ten Hag’s style and Manchester United will continue to make mistakes with him as goalkeeper, believes Ben Foster.

De Gea has been between the sticks as United have lost to Brighton and Brentford this campaign, with the Spaniard turning in a display to forget against the Bees.


Brentford hammered United 4-0 last week, with De Gea making mistakes for the first two goals as he fluffed a Josh Dasilva shot, then put Eriksen under huge pressure with a ball out from the back, which led to the second goal.

Playing out from the penalty area will be a feature of Erik ten Hag’s team at Manchester United, but Foster feels that De Gea will continue to struggle with that style of play.


‘I can excuse the first goal, I really can,’ Foster told talkSPORT. ‘That’s just a mistake and everyone makes mistakes. It’s poor technique from him.

‘But, it’s one of those shots where it’s in between a dive and a scoop and he has executed any of them. It’s managed to go through his hands.

‘That’s the sort of thing you would do in training and you would pick up. You would save it 100 times out of 100. But when it’s in a game and the pressure is on, that’s when you have a bit of self doubt. That’s all it takes sometimes.

‘The worrying thing for me though was after that, De Gea was still trying to play the ball out from the back.


‘I think the problem with De Gea, and he’s a world class goalie and he is one of my favourite goalkeepers in the Premier league era, but he’s not suited to playing it out from the back. He’s not suited to the type of football Ten Hag wants to play.

‘If Ten Hag wants to play this style of football they are going to get caught out like they did against Brentford.’

De Gea may well be in for a busy night on Monday when the Red Devils host Liverpool in the Premier League at Old Trafford.

5 months ago
Bruno Fernandes says the criticism he faced from Gabriel Agbonlahor will not impact on him and revealed he has received support from Juan Mata over the course of a testing week. The Portugal international suffered an alarming dip in form last campaign and has begun the current season in equally […] 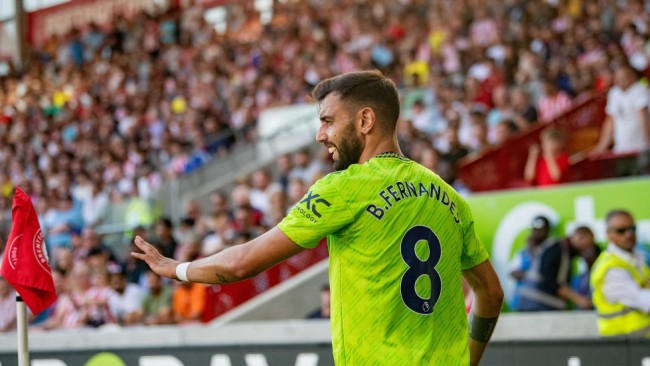