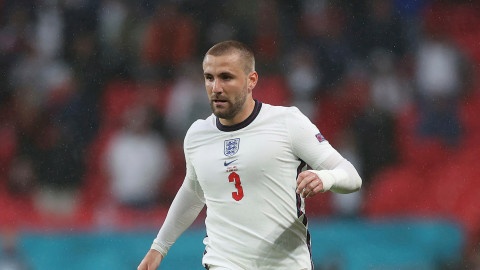 Jose Mourinho claims Luke Shaw and Kalvin Philips contributed to England’s ‘only negative’ in their 1-0 win over Czech Republic on Tuesday.

Gareth Southgate’s side finished top of Group D as Raheem Sterling’s first-half goal was enough to secured a victory at Wembley.


England are now set to face the second-placed team in Group F, which will be one of France, Germany, Portugal or Hungary.

Shaw delivered another superb performance on England’s left flank in their comfortable victory over Czech Republic. But while Mourinho praised him player, he believes the defender was ‘very poor’ with his deliveries at corner kicks.

‘The only negative thing I would say is they were very poor on attacking corners,’ Mourinho said in his post-match analysis of the match for talkSPORT.

‘The service was dramatically bad. They have so many good players to attack corners. ‘Luke Shaw, in my opinion, very good tonight but very poor on the corner. Kalvin Phillips, the same.’


However, Mourinho was also impressed by England’s game management ahead of what will be a very tricky last-16 fixture at Wembley next week Tuesday.

‘It looks good, the players are in good form, Sancho was ready for every second he was on the pitch. The mentality inside is very good,’ said Mourinho.


‘Today they showed two different versions. Great mobility in attack and great creativity. Second half they were a team of position, great positional play and control, you need that in the knockout stage.

‘People are not over the moon because people are always asking for more and different kind of football, but inside the camp – they will be happy. They will feel they did the job well and they’re ready.

‘If they go to the quarter-finals, this match could be the one which pushes them all the way.’

1 month ago
Sergio Ramos has told Real Madrid players that he will be moving to Paris Saint-Germain, according to reports in Spain. Ramos is leaving Santiago Bernabeu on a free transfer this summer after a successful 16-year stint at the Spanish club. Manchester United, Chelsea, AC Milan and PSG have all been linked with […] 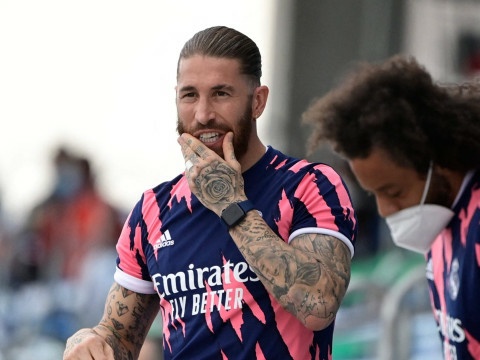