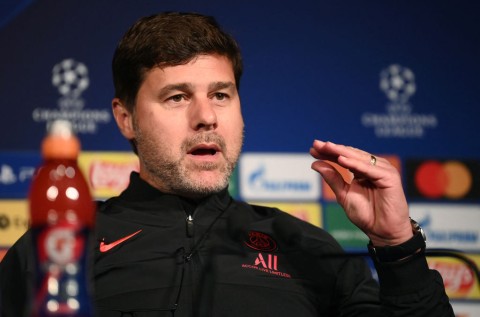 Paris Saint-Germain’s board are growing tired of Mauricio Pochettino’s tendency to ‘flirt’ with other teams after his refusal to dismiss speculation that he could move to Manchester United.

The Argentine manager is United’s preferred choice to replace Ole Gunnar Solskjaer at United but he has 18 months remaining on his deal in the French capital.


Pochettino, though, is believed to be keen on moving to Old Trafford and he failed to fully shutdown the speculation when quizzed on it on Tuesday.

‘Rumours are there and we need to live with that. This is what we are living. We need to be focused. I am so happy in PSG. I was a player at PSG, I love the club, I love the fans,’ said Pochettino.


While he said he was happy in Paris, the former Tottenham boss failed to fully commit his future to the club and did enough to keep United interested in his services.

And, this is not the first time that Pochettino has positioned himself for an exit since moving to Paris Saint-Germain.

The Argentine held high-level discussions with Tottenham over a return to the club last summer and the meeting came just days after he discussed transfer plans with PSG’s board, according to the Athletic.

The Ligue 1 side put a stop to the interest but Pochettino’s interest in returning spoke volumes, with the Argentine not totally committed to life in France.


Meanwhile, Pochettino’s wife still lives in London, while he’s known to love the Premier League & life in the UK.

But Pochettino is one of the best-paid managers in the world, with players like Lionel Messi, Neymar and Kylian Mbappe at his disposal, and the board are ‘growing tired’ of his flirtations with other teams.

However, United believe their best chance of landing Pochettino will come in the summer but they haven’t given up hope of signing him now.

6 days ago
Thierry Henry and Jamie Carragher have criticised Cristiano Ronaldo for his lack of defensive contribution and feel he is a ‘massive problem’ for the next Manchester United coach. The Portuguese forward netted in his team’s 2-0 win over Villarreal, taking his tally in the Champions League this season to six, […] 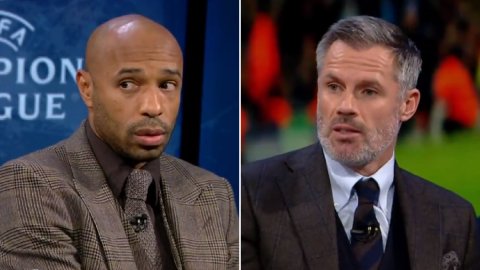