Peter Crouch has made public a revealing anecdote about how a naked Cristiano Ronaldo used to boast he was better looking than Lionel Messi in front of Manchester United’s dressing room.

In the Stoke City striker’s new book, Crouch explains stories told to him by Rio Ferdinand, a team mate of Ronaldo’s for six years with Manchester United.


One of those stories reveals Ronaldo’s rivalry with Lionel Messi as well as his habits in dressing room during his stay in England.

“Rio Ferdinand would tell us stories about how Cristiano Ronaldo would stand in front of the mirror naked, running his hand through his hair, and say, ‘Wow. I’m so beautiful!’,” Crouch said in his new book, as per the Daily Mail.

“The other United players would try to wind him up. ‘Whatever. Leo Messi is a better player than you.’

“And he would shrug his shoulders and smile again. ‘Ah yes. But Messi does not look like this…'”

The Ronaldo story is one of many stories told by the former England forward in his new book, including an anecdote about a young Crouch’s interest in what turned out to be a team-mate’s partner during his early days with Liverpool.


“On signing for Liverpool I stayed at the Hope Street Hotel. On reception was a girl so good looking I couldn’t quite believe she was smiling at me all the time,” Crouch wrote.

“I told the lads in training. ‘Honestly, she’s beautiful. I think I’ve got a shout here.’ Jamie Carragher called a few other senior players over. ‘Tell them again, Crouchie.’ So I did. ‘She’s all over me. I’m on fire.’ Carra again, all interested. ‘What does she look like?’

“‘Amazing. Dark-haired. Spanish-looking. I’m in there.’ It turned out she was Xabi Alonso’s partner. She was doing a bit of work to practise her language skills. He was nice about it. So was she. Carra less so.”


Ex-England international Crouch has played six games for Stoke in the Championship this season following their relegation in 2017-18.

Maguire: I was never close to leaving Leicester for Manchester United

Mon Sep 10 , 2018
Leicester’s Harry Maguire – who recently signed a new five-year deal has revealed that there was only a ‘little’ interest from Manchester United in the summer and that he wanted to continue at the King Power. The defender’s Premier League performances last campaign earned him a call-up to the England […] 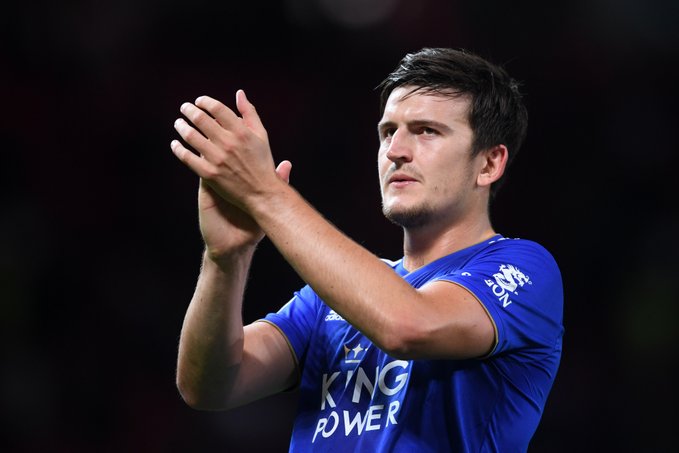