Leicester’s Harry Maguire – who recently signed a new five-year deal has revealed that there was only a ‘little’ interest from Manchester United in the summer and that he wanted to continue at the King Power.

The defender’s Premier League performances last campaign earned him a call-up to the England squad for the 2018 World Cup, during which his good form continued as they made it to the semi-finals.


A series of reports linking the defender to Old Trafford soon followed as Jose Mourinho looked to add more quality to his defence, but Maguire claims a move was never really close.

“No, I don’t think so,” he told a press conference when asked if a move to Man Utd was close.

“There was a little bit of interest there and then but it was always on my mind when I spoke to the owners [of Leicester], who wanted to keep me at the club and extend my contract, that I wanted to play for this club.

“The last two years have been remarkable for myself. I obviously got relegated with Hull and then joined such a great club in Leicester last season.

“I played every game in the Premier Leageue and to make a World Cup squad and to reach a semi-final is something that I am really proud of.”


Maguire will have his sights set on winning his 14th cap for England when they face Switzerland on Tuesday, a game in which the the 25-year-old can help stop a three-match losing streak.

Intent on pressing on with his development, the center-back hopes that navigating a hectic summer can help him push on and enjoy another productive campaign.

“I haven’t done that so far in my career so to go out there, play in a World Cup and play under the pressures that were there, gives me great belief that I can go on and have another good season.”

As mentioned, Maguire recently signed a new five-year deal at Leicester and went on to say that it was an easy decision to commit his future to the Foxes.


“After the World Cup I came back and sat down with the owners and they reiterated what they wanted me to do.

“They wanted to reward me for a great season and obviously a successful World Cup with England.

“I’m looking forward to the future now and to see where we can go as a club.”

Ramos: Modric deserved Player of the Year over Ronaldo

Tue Sep 11 , 2018
The choice to give the Croatia international the award caused a stir, but the Blancos defender has backed Modric over the Juventus forward. Sergio Ramos claims that Real team-mate Luka Modric deserved to win the UEFA Player of the Year award ahead of those with “more marketing”, such as Cristiano […] 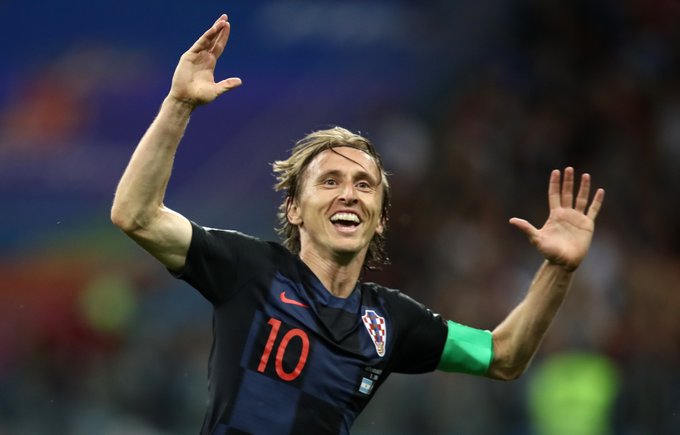