It last week that United had made an approach to sign Maguire, who they value around £65m, but Leicester are adamant the central defender will not be allowed to leave.


It now looks like Maguire will stay at King Power Stadium, and Leicester are expected to open talks over an improved contract in the coming weeks.

United could now seal the deal for Mina from Barcelona for as little as £30m, just seven months after he arrived from Brazilian club Palmeiras for £10m.

Mina but has been linked with a move away from the club after struggling to get a place in Ernesto Valverde’s starting XI appearing just four times in the league.

However, He was more successful at the World Cup this summer, where he scored three goals for Colombia – which includes the last minute equaliser against England in the last 16.


Wolves and Everton, who have already signed Mina’s former Barcelona team-mate Lucas Digne, are also interested in signing the defender.

Mon Aug 6 , 2018
Bayer Leverkusen winger Leon Bailey has confirmed that Liverpool and Chelsea are interested in signing him. The 20-year-old is rated as one of the brightest youngsters in Europe following his impressive breakthrough campaign in the Bundesliga. Several top clubs have been linked with a move for the Jamaican-born winger, who […] 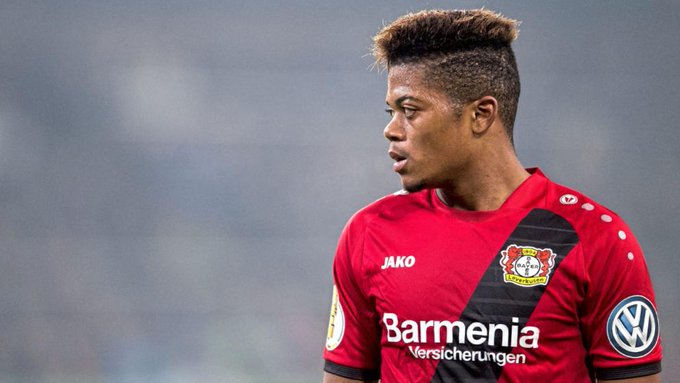