Sir Alex Ferguson was admitted to hospital on Friday night and has undergone brain surgery.

The legendary Manchester United manager was in attendance at Old Trafford last Sunday and even presented Arsene Wenger with a commemorative vase, following his decision to call it quit at Arsenal at the end of the season.


‘The procedure has gone very well but he needs a period of intensive care to optimise his recovery.

Ferguson’s son Darrren, manager of Doncaster, was absent from his team’s final game of the season, due to ‘a severe family issue’.

A statement on Doncaster’s official website read: ‘Darren asks for privacy, and will provide an update through the club during the week.’

According to The Times, an ambulance was called to the Ferguson’s home in Cheshire at about 9am last night which took him to Macclesfield district hospital.

Morata reveals painkiller hell amid a difficult season at Chelsea

Sat May 5 , 2018
Chelsea striker Alvaro Morata has revealed how painkilling injections to treat a mysterious injury contributed to a difficult season at Stamford Bridge. The Spain international joined from Real Madrid for a reported record fee of around £60m and enjoyed a blistering start to life in England, scoring six times in […] 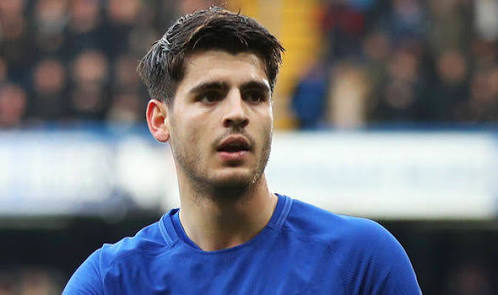