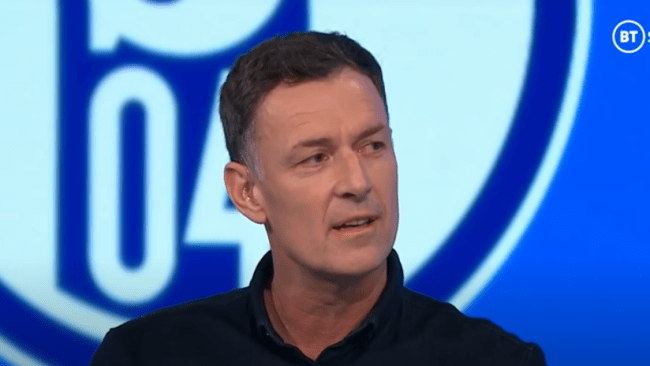 Chris Sutton has predicted the final Premier League table this campaign, tipping Chelsea to win the title and Newcastle United to suffer relegation back to the Championship.

After 13 matches of the 2021-22 season, Chelsea, Manchester City and recent title winners Liverpool have opened up a five-point gap at the top of the league table.


West Ham currently occupy fourth position, level on points with Arsenal who recovered from a difficult start to the season to climb above the likes of Manchester United and north London rivals Tottenham.

Leicester City are tenth but only six points separates the Foxes and 17th-placed Leeds United, who are just three points clear of the relegation zone, which is currently occupied by Burnley, Norwich City and Newcastle.


Sutton says ‘anything can happen’ between now and the end of the campaign but is confident Chelsea will lift the title and believes Newcastle will suffer relegation with Brentford and Leeds.

On the league title race, Sutton told the Daily Mail: ‘At the start of the season, I tipped Manchester City to win the Premier League, but that came with an asterisk.

‘It was provided they completed the signing of Harry Kane which, at the time, looked likely.

‘Now that a third of the season has passed, I’m leaning towards Chelsea, who did sign Romelu Lukaku. But let’s be honest, any one of Chelsea, City and Liverpool could win it.


‘Those three are on another level to everyone else and I’d be surprised if any of these horses fell out of the race. For the neutral, the prospect of them making this a scrap to the bitter end is exciting.

‘Even without a striker, City are capable of being crowned champions. Their performance at Chelsea in September was one of complete control.

‘But I sense that this will end up being a special season for Thomas Tuchel and that it will be dark blue ribbons getting tied to that trophy in May.’

Sutton has backed Manchester United to secure a top-four finish under Ralf Rangnick and says Mikel Arsenal can finish fifth having impressed in recent weeks.

‘We’ve got the three-horse race and bringing up the rear, although they look like a donkey right now, I’m saying Manchester United will finish fourth,’ Sutton said.


‘The fact that Arsenal don’t have Europe this season is a massive advantage for them. Mikel Arteta and his players have got no excuses – no Thursday night games in Baku to hide behind.

‘They’re even on the verge of having Arsene Wenger back at the club, and he knows a thing or two about finishing fourth.

‘But Ralf Rangnick is a super-manager, a visionary of the game, the godfather of gegenpressing, and I believe United are capable of sneaking into the Champions League places at the expense of fellow European hopefuls Arsenal and West Ham.’

2 months ago
David De Gea has sent a warning to his Manchester United team-mates that they must raise their game to beat an ‘improving’ Arsenal team on Thursday. United host an in-form Gunners side at Old Trafford this week, with the club looking for just their second win in the Premier League […] 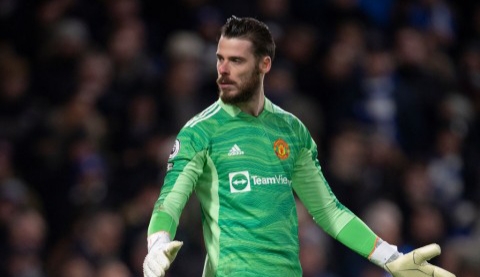