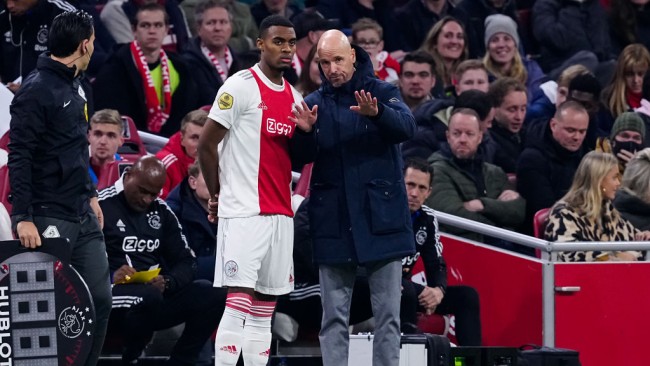 Ajax player Ryan Gravenberch has confirmed he’s turned down a move to Manchester United as he has already given his word to Bayern.

The midfielder is just 20 years old but he already has ten caps for the Netherlands and is one of the most sought-after youngsters in Europe.


Gravenberch has played over 100 matches for Ajax in the last four years since becoming the youngest player to represent them as a 16-year-old the 2018/19 season.

It was Ten Hag that gave the midfielder his debut and he has tutored Gravenberch through the early stages of his career.


Ten Hag has been impressive with Gravenberch that he attempted to convince the player to join him at Old Trafford.

But, the Dutchman has revealed that he had given his word to Bayern Munich and he’s set to move to the Allianz Arena instead.

‘But I already had such a good feeling with Bayern and I had given them my word.’

But, Barcelona are seeking around £70million for the former Ajax midfielder but United want to sign him for around £55m.

Ten Hag wants at least one midfielder this summer after the departures of Paul Pogba, Matic, Jesse Lingard and Juan Mata.

8 months ago
Arsenal are reportedly ready to smash their transfer record in order to beat Manchester United to £100m-rated RB Leipzig attacker Christopher Nkunku. The Frenchman scored 35 goals and provided 16 assists in 50 apperances for Leipzig last campaign and he’s attracted huge interest from across Europe. He joined Leipzig from […] 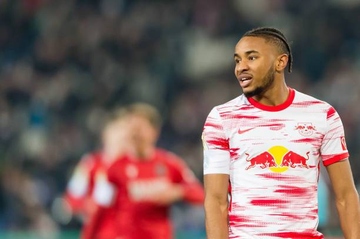