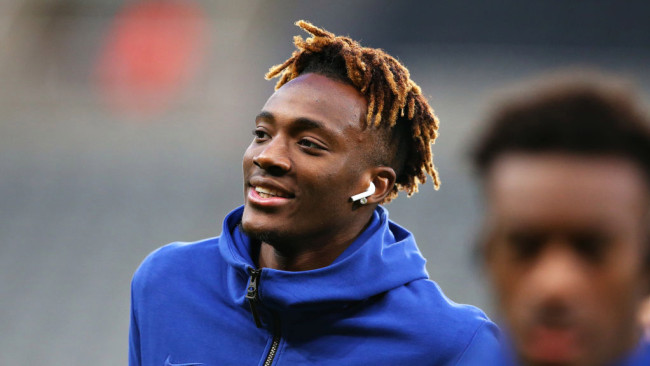 Arsenal are ready to meet Tammy Abraham’s wage demands to sign the Chelsea player this summer, according to reports.

The North London side have emerged as the frontunners to sign Abraham with Chelsea manager Thomas Tuchel ready to sell the England international this summer.


Abraham has scored goals for Chelsea – and even shown his ability during loan spells at Bristol City, Swansea City and Aston Villa – but Tuchel seems to be unconvinced, leaving the player out of several matchday squads last season.

A possible stumbling block in Abraham’s move to the Emirates was his wage demands – he is currently on around £80,000 a week and is believed to want around £125,000.


But the Daily Express claim the Gunners have indicated in discussions that they are ready to meet Abraham’s demands as Mikel Arteta looks to improve his attacking options.

Abraham has scored 30 goals in 82 matches for Chelsea and will provide eneough support and competition for Pierre-Emerick Aubameyang and Alexandre Lacazette at Arsenal.

Olivier Giroud’s exit from Chelsea – the Frenchman joined AC Milan this month – appeared to offer a lifeline to Abraham but Tuchel is still willing to sell the 23-year-old.

Tuchel, who led Chelsea to Champions League triumph last season, is looking to raise funds for a potential move for Erling Haaland, with the Dortmund star valued at more than £150m.

‘He’s got to play football now,’ Cascarino told talkSPORT. ‘He’s 23 now, Chelsea have got this conveyor belt of players like Callum Hudson-Odoi, they’ve had Ruben Loftus-Cheek, they’ve had Billy Gilmour go out on loan…to break through into that team which is full of internationals is very hard.

‘Look he’s made the England team as a Chelsea player. He’s only made six appearances and played second fiddle to Harry Kane but I do think Tammy has to move.

‘I was lucky enough to see him at Bristol City and I came away… he scored a lot of goals for them and a lot of goals in the six yard box. So he gets predator-type goals.

‘Tammy is a player that a lot of clubs will want. Whether it’s a loan deal or not, I’m pretty sure Chelsea if they’re wanting to do a big deal elsewhere that they’d want £40-£50m for him. Which might be a big ask in the present climate.

‘But Tammy has got to play. I think it’s a big issue. He’s ended up going down the pecking order. It’s obvious that Tuchel isn’t going to have him part of his plans, certainly in his starting XI.

‘I think he’s not going to make it into the first XI and he’d be fortunate to be a sub. That in itself can make you disillusioned. He’s played quite a lot of football now to just be left aside again.

‘I think he can become disillusioned with his career if he just stays at Chelsea. I think he needs to go and find a move. In some ways you’d want him to say he’d prefer a permanent move because he wants to kickstart his career again.’

4 months ago
A group of Paris Saint-Germain supporters made their feelings towards Paul Pogba known by hanging a banner outside Parc des Princes, warning the player he isn’t wanted at the club. Pogba’s future at Old Trafford remain undecided with the Ligue 1 giants reportedly ready to test United’s resolve with a bid […] 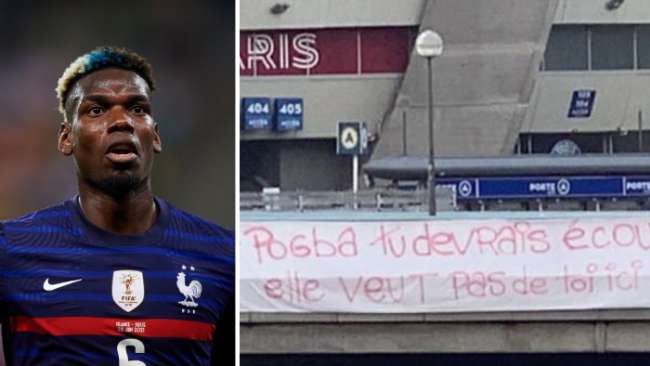