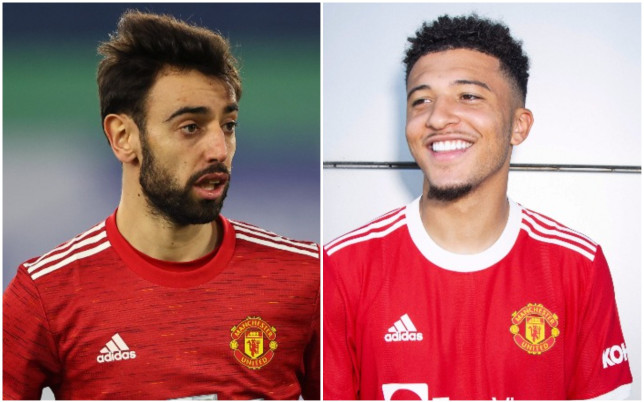 Bruno Fernandes has welcomed Jadon Sancho to Manchester United after he completed his move to Old Trafford.

The Red devils officially announced their £72.9m deal for Sancho on Friday and the winger will link up with his teammates after his holiday.


Sancho was identified by Solskjaer as the major target to bolster the right side of United’s attack after his impressive displays for Dortmund.

And Fernandes, who made an instant impact following his move to United last year, has sent a message to his new teammate.


In a post on Twitter after Sancho’s official announcement, Fernandes wrote: ‘I look forward to playing together. Old Trafford are you ready?’

Sancho, meanwhile, says he is keen to learn from Fernandes and his new United teammates. he said: ‘Obviously they have a lot of experience in major finals and big games.


Sancho has also said he has a good relationship with Rashford, Jesse Lingard and Luke Shaw following their time together with England.

‘I think him and Jesse [Lingard] were at that camp. Him and Jesse were obviously together and I just started to speak with them and we started hanging around with each other and we’ve got closer and closer ever since.

‘This is my first tournament meeting Luke, because previous camps he wasn’t there. But Luke is a very nice guy and one of my guys to speak to in the changing room.’

4 months ago
Erling Haaland has congratulated Jadon Sancho after his now former Dortmund teammate completed his transfer move to Manchester United. The Red devils finally confirmed the signing of the England international after a transfer saga that spanned the last four transfer windows. Sancho looked set to join United last summer having […] 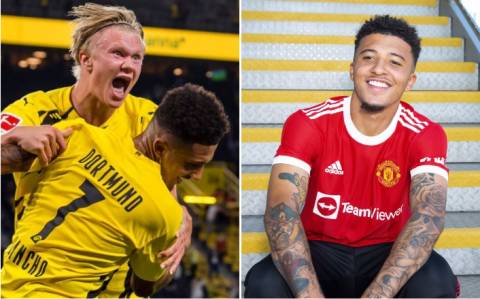