Barcelona have reportedly made an approach for Manchester United forward Marcus Rashford.

The Spanish giants head coach Ernesto Valverde wants to add the England international to his forward line alongside the deadly Lionel Messi and Luis Suarez.


Rashford has just one year remaining on his deal at Old Trafford and the 21-year-old is yet to put pen to paper to the new £150,000-a-week offer on the table.

Manchester United have the option of a further year on his contract, but Real Madrid , Paris Saint-Germain and Juventus have been closely monitoring Marcus Rashford’s situation.

However, Barcelona have made the English star a priority in this summer’s transfer window, according to claims from SPORT.

However, Barcelona president Josep Maria Bartomeu has a good relationship with Manchester United chief Ed Woodward and they believe this could help them in the signing of Rashford.


The Manchester-born star has scored 45 goals since coming into limelight as a teenager in 2016.

He netted 13 times for the Red Devils last campaign and enjoyed a new lease of life since the arrival of Ole Gunnar Solskjaer in December.

The Norwegian manager previously challenged Marcus Rashford to be a one-club man.

He said: “That would be fantastic. We know all the quality legends that we have had at this club who have stayed so long.


“They’ve been one club players and we hope Rashy is going to be one of them. It’s up to both him and us of course. If he keeps producing he will stay in the team.

“He’s 21, you’re excused if sometimes you really hit the highs and sometimes you’re a little bit off the pace.

“To be fair to Rashy, you don’t expect the consistency yet in all the play but he’s always got the quality. His finishing, his striking of the ball, his attitude – that is always going to be with him.”

Sat Jun 8 , 2019
Real Madrid are ready to offer Gareth Bale to Manchester United as part of the deal to bring Paul Pogba to Santiago Bernabeu, according to reports in Spain. Chelsea confirmed on Friday Eden Hazard would be joining Real Madrid, but Zinedine Zidane is not finished spending this summer just yet. Real have already spent big […] 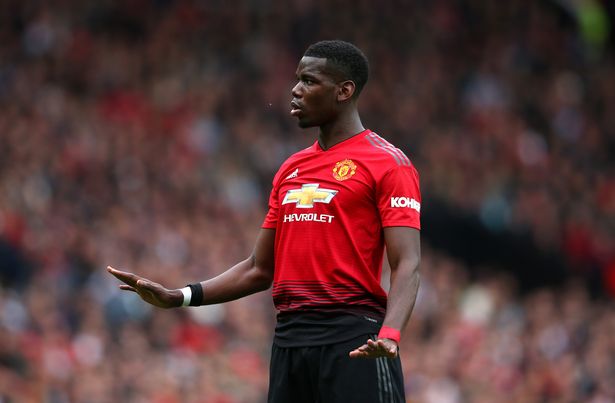