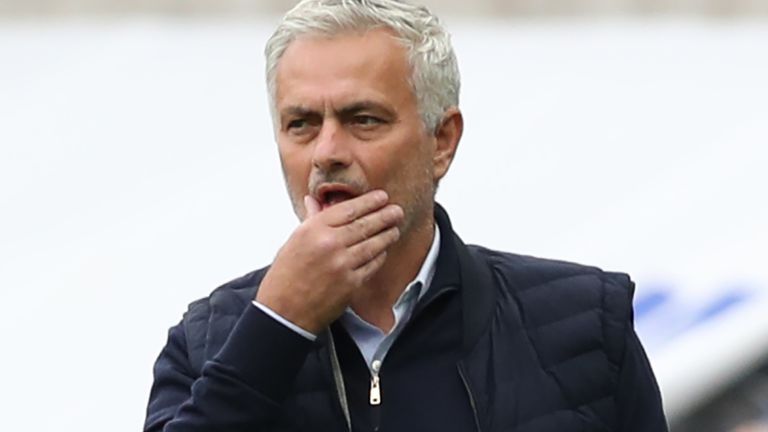 Jose Mourinho reacted angrily to questions over his team selections and says Frank Lampard does not receive the same criticism for not picking Hudson-Odoi.

Mourinho secured a 3-1 win over Newcastle on Wednesday, with a brace from from Harry Kane and a fine finish from Son Heung-min.


Tottenham were pegged back in the match, but Mourinho brought on Steven Bergwijn who whipped in a perfect cross for Kane to head the club back into the lead.

when asked what Bergwijn needs to do to get in the starting lineup after his assist, Mourinho said: ‘Look, that is the question that normally you do to me.

‘But you don’t do to Frank Lampard, to Jurgen Klopp, to Pep, to all the coaches of all the big clubs with big players.

‘You know, Frank Lampard plays Pulisic and you don’t ask him why he doesn’t start Hudson-Odoi or something.

‘It looks like I’m the only guy that has to play 15 players from the start or I am the only guy who doesn’t have the right to have good players on the bench.

‘How many times has Nuno left Traore on the bench to win matches in the last 30 minutes? You don’t ask Nuno why Traore is on the bench and why he is playing Jota or why he’s playing Podence or Dendoncker. It’s just me.

‘So [Bergwijn] doesn’t have to do anything else, he’s a team player, he plays for Tottenham and if Tottenham wants to try to compete against the best teams Tottenham cannot have 11 good players, needs more and we have them on the bench.’

6 months ago
Kai Havertz has chosen to sign for Chelsea but his current club Bayer Leverkusen want to delay the transfer until the end of August, according to reports. Chelsea have been leading the race to sign the 21-year-old midfielder, who has already told the German side at the end of the […] 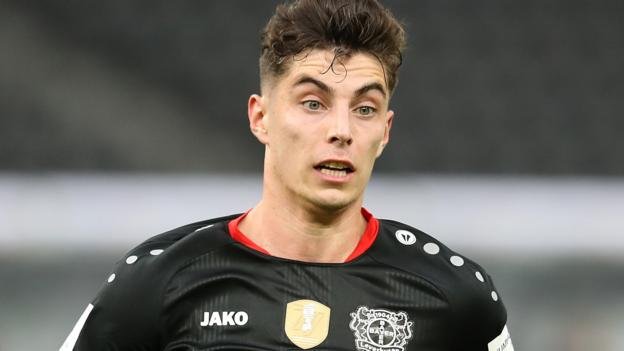