FC Zurich midfielder Benjamin Kololli got more than he bargained for with his celebration after scoring the winning goal in his team’s Europa League clash against AEK Larnaca in Cyprus.

Kololli, who netted a penalty winner against the Cypriot side, rushed off towards the visitor fans section in celebration but he unexpectedly disappeared into a moat-like area around the field.


The 26-year-old while celebrating continued his approach to the fans, not realizing he was about to jump into an hole designed to prevent fans from invading the pitch.

The midfielder disappeared from sight, making his worried teammates to run over to the advertising hoardings to see if he was alright.

Several seconds later, the Kosovo international came out of the moat in one piece, much to the relief of his teammates.

Kololli was able to continue the Group A game, which eventually ended 1-0 to Zurich.

Fri Sep 21 , 2018
Wilfried Zaha has talked about his “hell” at Manchester United and said his stay at Old Trafford made him “down and depressed”. The winger signed for Manchester United by Sir Alex Ferguson as a teenager after playing a huge part in Crystal Palace’s promotion back to the Premier League in […] 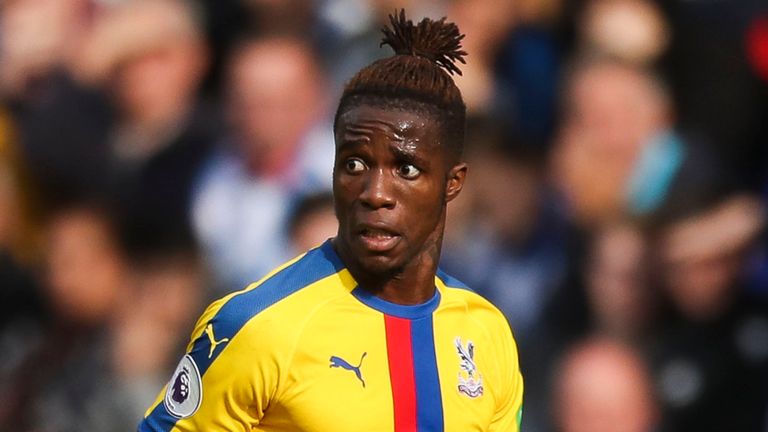