Wilfried Zaha has talked about his “hell” at Manchester United and said his stay at Old Trafford made him “down and depressed”.

The winger signed for Manchester United by Sir Alex Ferguson as a teenager after playing a huge part in Crystal Palace’s promotion back to the Premier League in 2013.

But he failed to make an impact under Moyes and says the transfer led to his toughest time in football amid a whispering season about his life off the pitch.


“Obviously, getting to United isn’t easy, so not being given a chance is hard to take,” he told The Sun.

“I don’t regret anything because it made me stronger. I feel as though I can deal with anything now.

“I went through so much with United, with England. There were rumours that the reason I wasn’t playing for United was because I slept with David Moyes’s daughter, and no one attempted to clear that up.

“So I was fighting my demons by myself, these rumours that I knew weren’t true.


“I was dealing with this at 19 – living in Manchester by myself, nowhere near anyone else, because the club had a hold over where I lived.

Pedro: Eden Hazard is up there already with Messi and Ronaldo

Sat Sep 22 , 2018
Eden Hazard is one of the ‘four best players in the world’, alongside Lionel Messi, Ronaldo and Neymar, according to Chelsea forward Pedro. The Belgium international has enjoyed an outstanding start to the season once again, while the Blues sit jointly at the top of the Premier League after five […] 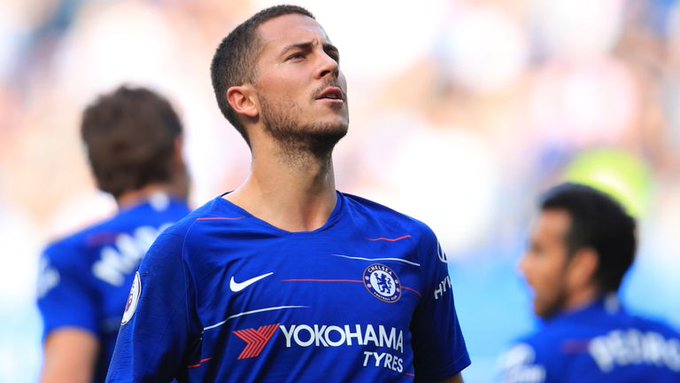