Eden Hazard is one of the ‘four best players in the world’, alongside Lionel Messi, Ronaldo and Neymar, according to Chelsea forward Pedro.

The Belgium international has enjoyed an outstanding start to the season once again, while the Blues sit jointly at the top of the Premier League after five games.

Pedro, who moved to Stamford Bridge in 2015, played with Messi for eight years at Barcelona and staunchly believes that Hazard should be held in the same regard as the Argentine.


“It is obvious that he is [one of] the four players that are the best in the world,” the 31-year-old was quoted in the Mirror .

“Maybe in a few years Eden can win the Ballon d’Or because he is a very good player. He is a big star.

“It is great for the us that he is in good form with good confidence. He doesn’t lose the ball, he’s dribbling well, he’s scoring goals. It’s very good for the team. When he plays like this, he is very difficult to stop.

“He is a very important player for the team.”

Hazard joined Chelsea from Ligue 1 outfit Lille and has won the club’s Player of the Year award on three occasions.


With Chelsea, he has won the three major domestic trophies, the Premier League, the FA Cup and the EFL Cup – as well as the Europa League.

On the international level, Hazard led his country to their best-ever finish at the 2018 World Cup in Russia, reaching the semi-finals and securing third place.

Sat Sep 22 , 2018
Sergio Aguero will still not be guaranteed a starting role despite extending his Manchester City deal, according to Pep Guardiola. City announced on Friday that the club’s all-time leading goalscorer Aguero agreed to sign another contract that will add a year to his deal, tying him to the club until […] 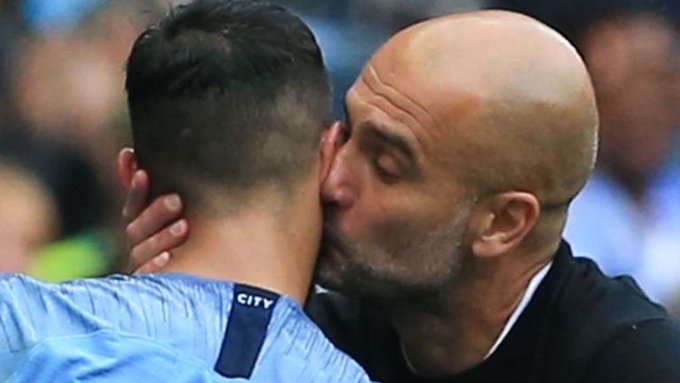