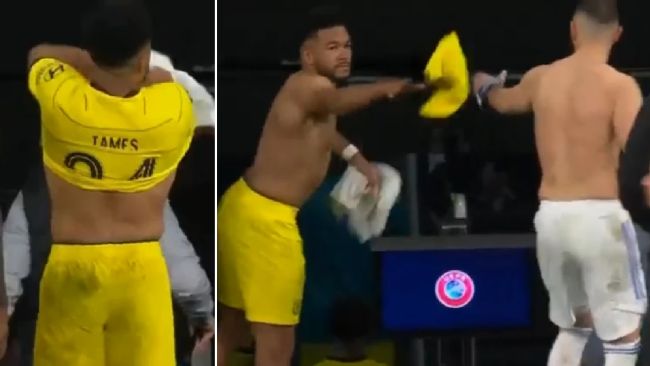 Karim Benzema recognised Reece James’ impressive display at the Bernabeu as the Real Madrid striker swapped shirts with the Chelsea defender after their thrilling Champions League clash on Tuesday.

Thomas Tuchel wrote off Chelsea’s hopes of reaching the Champions League semi-final stage after their 3-1 defeat in the first leg at Stamford Bridge last week.


But goals Mason Mount, Rudiger and Timo Werner gave Chelsea the three-goal advantage they needed with 15 minutes left at the Bernabeu.

But, a brilliant pass from Luka Modric set up Rodrygo’s goal to force extra time before Benzema’s header dumped the Champions League holders out of the European competition.


James, meanwhile, received widespread praise for his display at the Bernabeu as he kept both Vinicius Jr. and Ferland Mendy quiet on Real Madrid’s left flank.

And Benzema was impressed with James’ display before the Chelsea player disappeared down the tunnel. Meanwhile, Thomas Tuchel praised his players for their display against Carlo Ancelotti’s side in the return leg.

‘The players lived up to the plan in a very different way than we did against Brentford and in the first leg,’ said the Chelsea manager.

‘We were never shy of making the point that the most important thing is how we live up to a tactic, and how lively we play in a structure. It was to the full limit tonight. The credit goes to the players.


‘We were very disciplined on the ball, and very active off the ball. We showed a lot of courage, and from there we showed the quality. It was the right way to do it.

‘I am very happy. This is the way to go forward. If we have this kind of effort we are a special team, and if not we can lose against anybody. They showed a lot of character. We can be very proud.’

6 months ago
Paul Merson believes Cristiano Ronaldo was the major reason behind Ole Gunnar Solskjaer’s sacking at Manchester United earlier in the campaign. Ronaldo was signed by United last summer as the club looked to add the finishing touches to a team being built for a Premier League title challenge. But, having […] 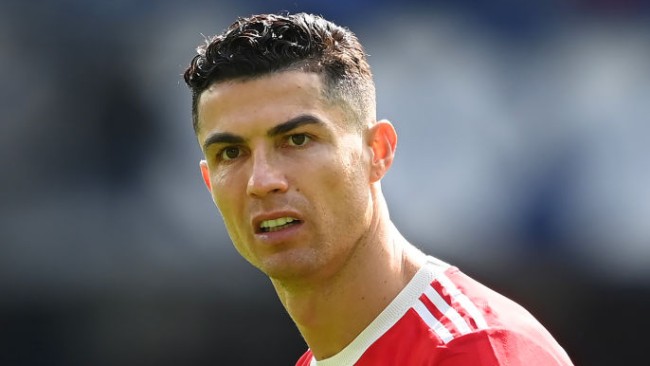