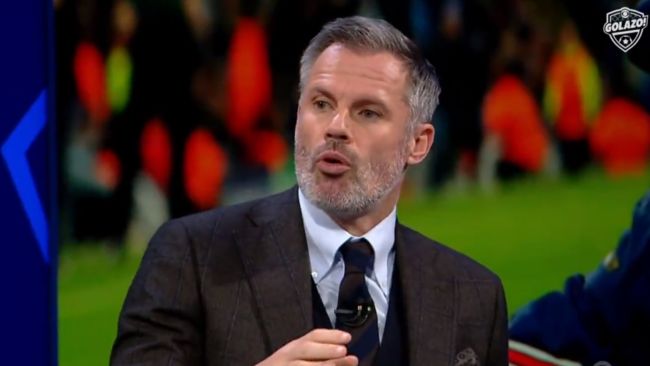 Liverpool legend Jamie Carragher blasted Aaron Wan-Bissaka after the Manchester United defender conceded a penalty during their draw with Chelsea at Stamford Bridge.

Jadon Sancho took advantage of a rare Jorginho mistake to score his first Premier League goal and put United ahead early into the second half in London on Sunday.


But Chelsea’s pressure told 20 minutes later when Jorginho equalised from the penalty spot after Wan-Bissaka fouled Thiago Silva from a corner kick.

The draw at Stamford Bridge means the Blues stay top of the Premier League – one point ahead of defending champions Man City – while Man United climb two places up to eighth.


‘I think it is a penalty,’ Carragher said while commentating on the game for Sky Sports. ‘It’s very rash from Wan-Bissaka. ‘He kicked right through the back of him. It’s reckless. What is he thinking? Thiago Silva’s back is to goal.’

This was United’s first Premier League game since Ole Gunnar Solskjaer’s sacking last week. German coach Ralf Rangnick is expected to be appointed the club’s caretaker manager until the end of the campaign.

While Chelsea may be content with the point given they trailed in the second half, Antonio Rudiger missed a glorious opportunity with virtually the last kick of the match, smashing a volley over the bar.

Former Chelsea player Karen Carney said on BBC Radio 5 Live: ‘It was a floated ball in, Antonio Rudiger had too much time, he almost connected with it too well.


‘He’s gutted, he’s still got his hands on his head and he knows how big of a moment that is.

‘As a player, you know you can score, but the game slows down when you have that much time and Rudiger’s just put his foot through it.’

The Red devils face Arsenal at Old Trafford on Thursday while the Blues return to action on Wednesday against Watford.

2 months ago
Chelsea manager Thomas Tuchel blamed the Stamford Bridge floodlights for Jorginho’s mistake which led to Jadon Sancho’s opening goal for Manchester United. The Blues were held to a 1-1 draw in London as Jorginho scored a penalty to make amends for his loss of concentration shortly after the break. The […] 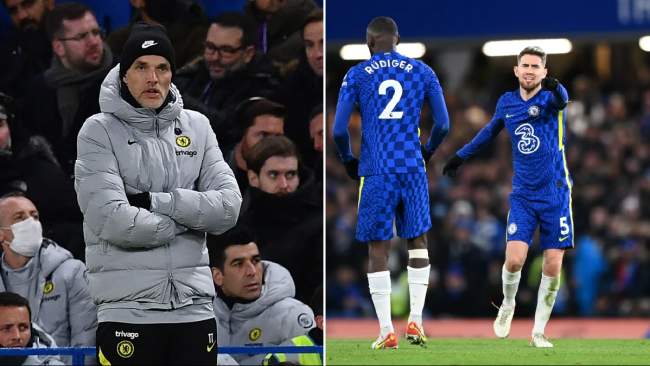