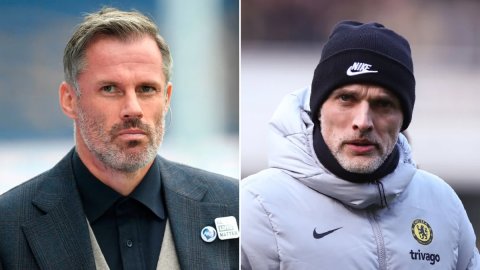 Jamie Carragher says Manchester United have been presented with the chance to poach Thomas Tuchel from Chelsea and has encouraged the German to swap Stamford Bridge for Old Trafford.

Chelsea are facing an uncertain future after Roman Abramovich was sanctioned by the UK government, with the club still allowed to operate but under restrictive rules that prevent them from offering contracts, signing players and even selling tickets & merchandise.


Contract rebels such Antonio Rudiger and Christensen look certain to leave, with no replacements allowed, while the conditions for managing the club – away travel spending is now capped at £20,000 per game – will make life tough.

Against that backdrop, Carragher believes Tuchel – who won the Champions League last campaign – would be well within his rights to leave Chelsea and feels United would be the perfect destination.


‘Manchester United have been presented with the ideal opportunity to recruit the manager who should be their number one target: Thomas Tuchel,’ Carragher wrote in his Telegraph column.

‘Given the events at Chelsea, United’s decision to wait until the end of the season presents them with a choice no-one could have foreseen. ‘One of the best managers in the world – the current Fifa coach of the year – must be top of their list.

‘Tuchel, like everyone else at Stamford Bridge, will have no idea what the future holds at his current club. No-one can offer him any assurances about how the squad will look at the start of next season given the club’s sale is on hold.

‘No manager wants to be working amid such a background of uncertainty. If he gets the chance to leave for a club of United’s stature, he must take it.


‘United can offer him the security and backing every top coach craves. Yes, it will seem a predatory move – taking advantage of Chelsea’s crisis – but from United and Tuchel’s perspective the more you consider it, the more of a no-brainer it is.

‘Every chief executive in the world looking for a new coach will be – or at least should be – monitoring Tuchel’s mood and public comments between now and the end of the season.

‘Only clubs of a certain calibre could attract him. It would be negligent of United to fail to sound him out. As a coach, he is exactly what they need.’

He added: ‘Let’s not forget that his mentor – Ralf Rangnick – is in temporary charge. If United are as keen to retain Rangnick’s services in an advisory capacity as they claimed when recruiting him – and they ask him who should take over – who will he tell them to call?’

11 months ago
Chelsea have entered a state of uncertainty after Roman Abramovich was sanctioned by the Government and the future of a number of players in the squad is now up in the air. In a statement released on Thursday, the UKGovernment described Abramovich as a ‘pro-Kremlin oligarch’ and says the Chelsea […] 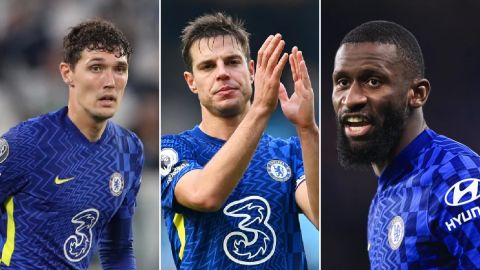