Chelsea have entered a state of uncertainty after Roman Abramovich was sanctioned by the Government and the future of a number of players in the squad is now up in the air.

In a statement released on Thursday, the UKGovernment described Abramovich as a ‘pro-Kremlin oligarch’ and says the Chelsea owner has ‘had a close relationship for decades’ with Russia president Vladimir Putin.


Abramovich’s assets in the country have now been seized, while the London club have been issued with a ‘general licence’ which allows them to operate under restrictions.

Among the restrictions, which are in place until May 31 2022 and could be extended, the Blues are currently prevented from negotiating new contracts for their players.


Three first-team regulars – Cesar Azpilicueta, Antinio Rudiger and Andreas Christensen – all see their contracts with Chelsea expire at the end of the campaign.

In total, the club have nine players whose contracts expire at the end of June and could leave Stamford Bridge on a free transfer.

Azpilicueta and Christensen have both been heavily linked with Barcelona, while several teams around Europe have registered their interest in Rudiger, including PSG, Manchester United and Real Madrid.

Chelsea could also see Emerson Palmieri leave the club as his contract also runs out at the end of June. They unsuccessfully attempted to recall the Italian from his loan spell with Lyon in January.


Another big-money signing who is set to leave for nothing is Danny Drinkwater. The player, signed for £35m in 2017, is currently on loan at Reading.

Chelsea also face a tough situation as they are also unable to complete contract negotiations with any player who will have just a year left on their deal at the end of the campaign.

11 months ago
Emiliano Martinez has heaped praises on Aaron Ramsdale for his rise, and believes the Arsenal goalkeeper’s exuberant celebrations are a ‘good’ thing. When Arsenal agreed a deal worth £30m in the summer to sign Ramsdale from Sheffield United, there was huge criticism from sections of the north London club’s fanbase. […] 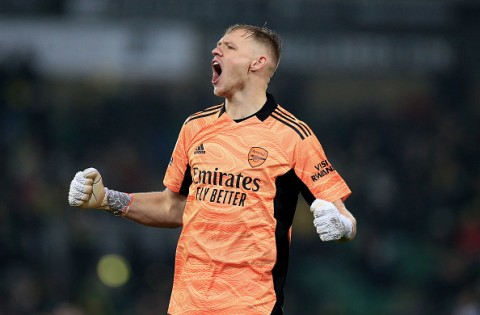