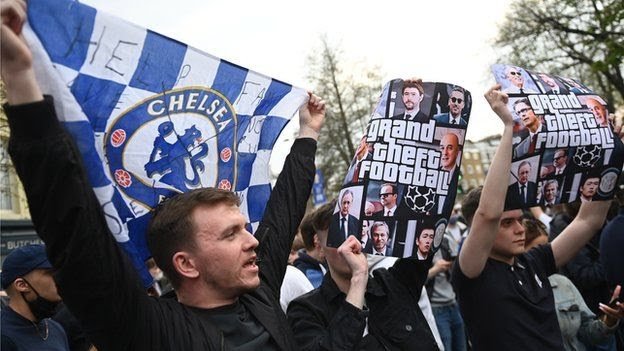 Chelsea chairman Bruce Buck ultimately led the club’s exit from the European Super League. But it was actually Roman Abramovich’s anger that brought the whole house of cards down.

The Chelsea owner is reported to have been “blindsided” by the strength of the backlash to Sunday’s announcement – and then furious that he had been misinformed about the likely reaction.


As the pressure grew, with supporters gathering outside Stamford Bridge, Buck urged Abramovich and the blues hierarchy to make moves to withdraw from the breakaway League.

And the billionaire oligarch agreed, as he was stunned by how quickly everything had fallen apart.

Abramovich and Chelsea started getting cold feet on Sunday when the news about the Super League emerged and the football world was in opposition to the breakaway.

According to a source, Abramovich “had no idea that there would be such a backlash”.


Another source at the club said: “The club is preparing to pull out. Roman’s involvement with the club has never been about money, it has always been about the community and [the] fans. This is not what we want.”

Chelsea supporter groups and former players were part of those who disapproval. And it became clear that fans were going to take their protest to Stamford Bridge and shut down Fulham Road.


Petr Cech, the club’s technical and performance advisor, came out of the stadium to beg supporters to allow the Chelsea and Brighton team coaches through ahead of the Premier League game.

But by then the London side were already trying to disentangle themselves from a league that had only been announced less than 48 hours earlier.

2 months ago
Manchester United, Liverpool, Arsenal and Tottenham have followed Chelsea and Manchester City in making a u-turn away from the proposed Super League. City were the first Premier League team to officially confirm they were pulling out of the new competition. The Premier League leaders said in a statement on Tuesday: […] 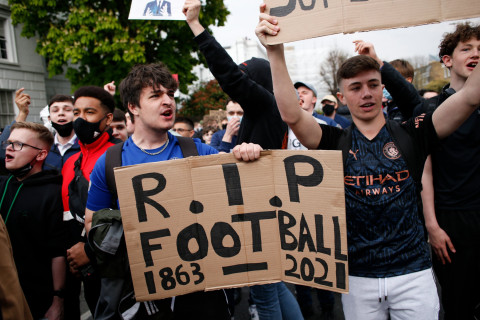