Chelsea target Jean-Michael Seri has reportedly not joined Nice’s pre-season training camp and is in London to seal a move to the Premier League.

The Ivory Coast international has attracted the interest rate of a number of big clubs in Europe, with Barcelona linked with a transfer last summer and the likes of Arsenal, Tottenham and West Ham all seen as possible destinations.


Seri is believed to have a £35million release clause which will expire on July 15, and he is hoping to seal a transfer to England before that date.

According to France Football, Seri has not joined up with Nice for the start of their pre-season but is currently in London.

The 26-year-old has been in contact with both Chelsea and Arsenal, though the latter will instead complete a deal for Lucas Torreira once he has undergone a medical on Monday.

West Ham, Spurs and even Fulham have also shown interest in signing the box-to-box midfielder, though Chelsea is believed to be his preferred destination.


Chelsea are currently in a state of quandary, however, with Antonio Conte likely to be sacked as soon as they strike a deal with Napoli to bring in Maurizio Sarri.

Seri only has one year remaining on his contract with Nice, and there have been claims that clubs will try to get him for less than his release clause.

Chelsea are yet to make a signing this summer despite the new campaign being just a month away.

Tue Jul 10 , 2018
Napoli star Jorginho’s mother has started following Chelsea on Instagram amid rumours the Italy international has chosen to snub Manchester City and move to Stamford Bridge. The midfielder is one of European football’s highest rated playmakers after another remarkable season in Naples, averaging more passes per game than any other […] 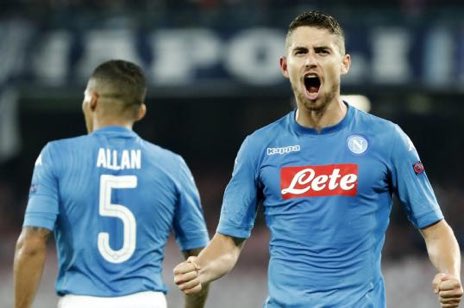