Manchester United may have to find a new goalkeeper if David de Gea leaves, but Jasper Cillessen admits it will be difficult for any club to sign him this summer window.

In a shocking broadside against current team Barcelona, the goalkeeper has said he is being priced out of an exit.

“I will consider my options after my vacation,” he told Dutch broadcast VTBL.


“I am aiming for a club in one of the top five leagues in Europe, but it’s still quiet now.

“We’ll have to wait and see. The fact Barcelona put a £53million price tag on me doesn’t make things easier.”


Benfica are believed to be the leading club in pursuit of Jasper Cillessen.

But that transfer appears to be in huge doubt given the 30-year-old’s comments, although his wish to be in one of Europe’s “top five” leagues may discount Benfica.

Either way, a new challenge appears to be a must for the goalie after three campaigns playing second fiddle to Marc-Andre ter Stegen in Barcelona.

Ole Gunnar Solskjaer’s Manchester United are also one of clubs rumoured to be keeping an eye on the Barcelona shot-stopper.

A poor end to the campaign and United’s desire for a rebuild could open the way for a move and the Spain international’s refusal to sign a new deal may hasten a sale.

Sat Jun 1 , 2019
Maurizio Sarri has reportedly informed Chelsea he wants to leave the club this summer window, according to Sky in Italy. In his first campaign at Stamford Bridge, Sarri secured Chelsea a return to the Champions League by sealing a third-placed Premier League finish, before winning the first major trophy of […] 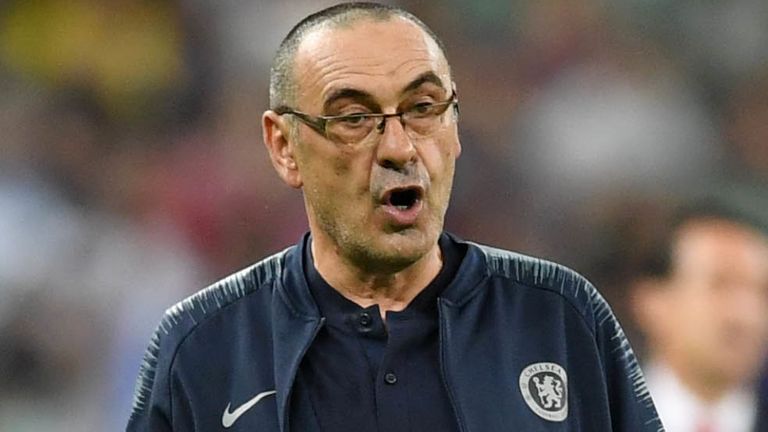