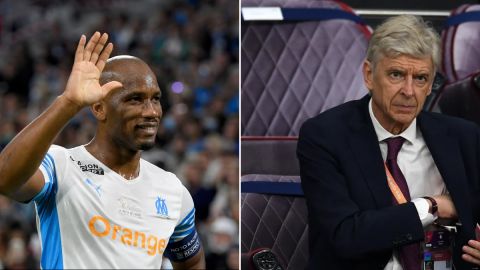 Former Chelsea player Didier Drogba showed that age is just a number as he scored a hat-trick in a charity match at the expense of Arsene Wenger’s team.

On Wednesday, a Marseille Legends team stormed to a 7-4 victory over Wenger’s UNICEF XI at the Stade Velodrome in France.


Drogba netted 15 goals in just 16 matches against Wenger’s Arsenal during their time in the Premier League and he was in no mood to take it easy on the Frenchman, even if the game was just for charity.

Wenger’s side took the early 2-1 lead before Drogba turned it up and bagged a hat-trick while also doing his trademark celebration we’ve seen so often over the years.


He played in a team alongside Premier League legends Marcel Desailly, Robert Pires and Samir Nasri while Wenger had former players like Jens Lehmann, Patrick Kluivert and David Trezeguet at his disposal.

While this was Wenger’s first time managing a side since leaving Arsenal in 2018, this was not the first time Drogba has haunted the manager since he left Chelsea for a second spell in 2015.

While playing in an MLS All-Star team in 2016, the former ivory coast international scored past the Gunners in a pre-season friendly.

‘He has always harmed us, and he continues. He’s a winner and I think that he’ll be like that until the end of his life,’ Wenger said at the time.


‘At half-time, I was thinking “He’s still haunting us, even in the United States!”

‘Drogba is a typical poacher of a goal. He can do that in the box.

‘When I see him in the box and fighting with young defenders I always think that now there is danger there because you know he will get the upper hand and score you a goal and that’s what he did.’

2 months ago
Jamie Carragher says five players have stood out in the Premier League so far this campaign, but Mohamed Salah has shone more brightly than anyone. The Liverpool forward is level with Jamie Vardy at the top of the goalscoring charts with six goals in just seven matches so far this […] 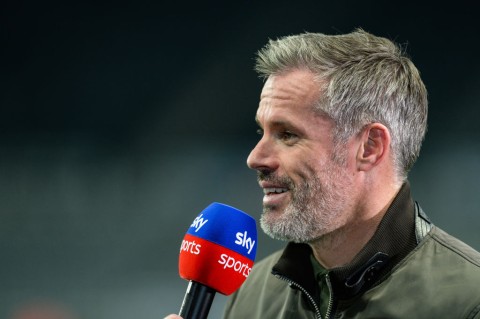