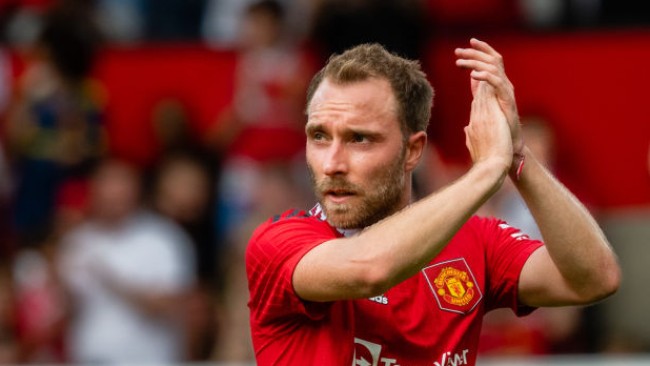 Christian Eriksen has revealed he spoke to Louis van Gaal, Jose Mourinho and Solskjaer over a move to Manchester United before finally moving to Old Trafford this summer under Erik ten Hag.

The Denmark international joined United after his short-term deal with Brentford came to an end, signing a three-year contract at the Theatre of Dreams.


The 30-year-old joined Tottenham in 2011 and quickly became one of the best playmakers in the Premier League, particularly after the arrival of Pochettino.

Eriksen was heavily linked with a move to the north-west towards the end of his time at the London club, most notably when Solskjaer took charge in 2018.


But the Dane has revealed he actually spoke to three different United head coaches over a move to the club.

‘When I was at Spurs, I spoke to every manager who’s been here at Man United to see what the situation was,’ Eriksen said. ‘So, it’s been on the books. Well, not on the books, but it’s been spoken about [for a while].

‘For me, then wasn’t the time to move. I was at Spurs for a long time and I wanted to try something abroad, so I went to Inter and ended up having a lovely time. But then obviously something happened in the summer and that changed the career path I had in mind, so I came back to England, to Brentford first of all.


‘To be here [at United] is something I didn’t think could happen a year ago. I never thought it was going to happen.’

Eriksen had an offer to stay at Brentford, while former team Tottenham were also interested in re-signing the midfielder.

Antonio Conte worked with Eriksen during his time at Inter Milan and he admitted last season that he would like to sign the midfielder.

But Eriksen says Spurs’ interest failed to ever materialise into any offer and that it was the Red devils he wanted to join.

‘It was only talk,’ Eriksen said. ‘They [Spurs] never really came with anything so it wasn’t really a thing for me to go back to Tottenham at the time and Man United were in very early on, very positive and I had good conversations with them.


‘It was very positive from the first few phone calls already and the club felt like they wanted me, so it was on for a long time.’

6 months ago
Chelsea are reportedly in advanced talks to sign Brighton left-back Marc Cucurella and are willing to pay up to the £50m asking price for the Manchester City target. The Spanish star handed in a transfer request on Friday in a bid to push through a move to City but the […] 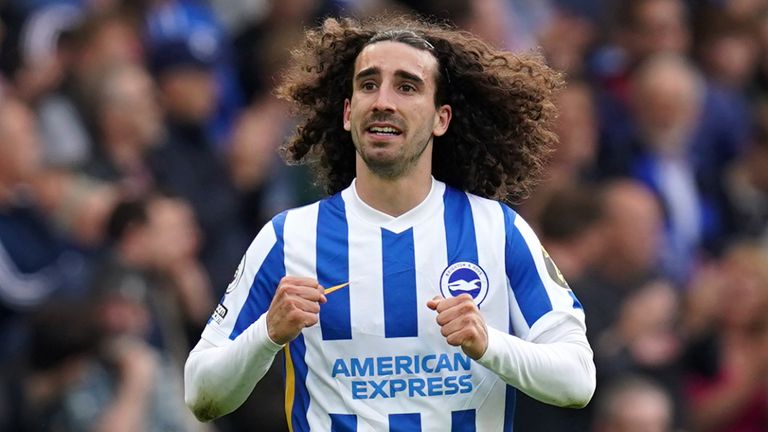