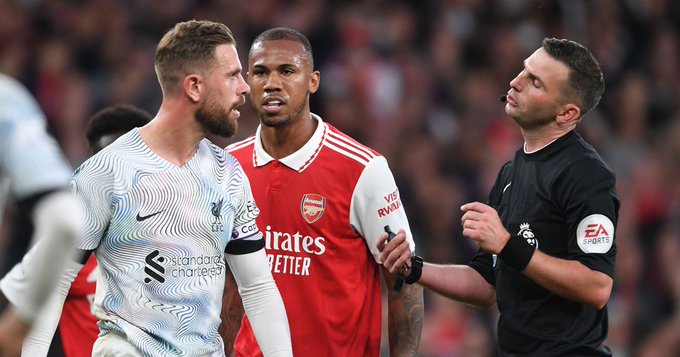 The Football Association has decided there is no case to answer after Henderson was involved in an altercation with Gabriel Magalhaes during Liverpool’s clash with Arsenal this month.

The duo had a heated exchange of words after Arsenal were awarded a late penalty in the Premier League clash, which Bukayo Saka converted to consign Liverpool to a 3-2 defeat.


Gabriel was believed to have taken offence at something Henderson had said, with Arsenal midfielder Granit Xhaka also clashing with the Reds skipper before a spat involving several players on both teams.

In the immediate aftermath, a complaint was made to referee Michael Oliver who consulted with Jurgen Klopp and Mikel Arteta on the touchline before resuming play.

The FA investigated the allegation after Oliver included the incident in his match report, with a further six players asked to join the two main parties in providing a statement. Television footage was viewed with the authorities calling in linguistic experts to assess the footage.

And with none of the witnesses having heard the comment, the FA have determined they will not be issuing any charges.


An FA statement said on Wednesday: “Following an investigation into an allegation received by The FA in the Premier League fixture between Arsenal FC and Liverpool FC on Sunday 9 October 2022, The FA can confirm that it will not be taking any disciplinary action.

“The FA received a complaint about an incident involving two players in this fixture. As a result of the complaint, The FA conducted a full and thorough investigation.


“The investigation included taking witness statements from the complainant and accused, along with an additional six players who were within proximity of the alleged incident, reviewing multiple angles of video footage, and seeking independent linguistics experts evidence. None of the witnesses heard the alleged comment, and the player accused strenuously denied the allegation throughout.

“The FA continues to take all allegations received extremely seriously and would encourage anyone who believes that they have been the subject of or witness to abuse to report this through the appropriate channels. The FA receives a number of complaints in any one season and thoroughly investigates each one that it receives. Following consideration of all of the evidence received, not all cases will result in a charge being issued.”

3 months ago
Antonio Conte has fired shot at Chelsea and Manchester United by sayimg they have no excuses for arguing they are in ‘transition’ due to the success they have had in recent years. Spurs are competing with the traditional Premier League powerhouses for a top four position this campaign but have […] 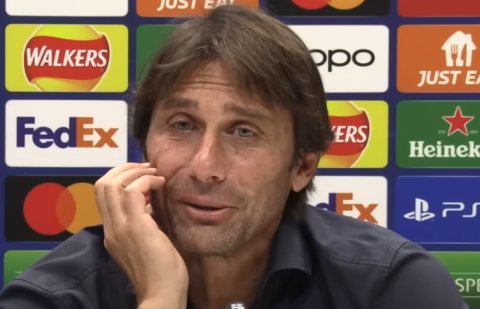