Chelsea are in talks to sign Aleksandr Golovin from CSKA Moscow and are interested in replacing Thibaut Courtois with Alisson.

Golovin has been spectacular in Russia’s unexpected run to the last 16 of the World Cup and is in line to face Spain on Sunday, while Alisson is Brazil’s first-choice goalie.

Telegraph claim Chelsea could listen to offers for Courtois, who is entering the final 12 months of his deal at the club and is yet to sign an extension. They do not want to risk losing him for free next season, so could be open to striking a deal if a bid of more than £50 million arrives.


Real Madrid are interested in both Courtois and Alisson, with the Belgian interested in a return to Spain. Paris St-Germain are also considered making a move, but are set to sign Gianluigi Buffon on a free.

Should Chelsea receive an acceptable bid for Thibaut Courtois, then Alisson appears to be the blues first-choice replacement.

Juventus and Monaco had been looking to strike a deal for Golovin, but Chelsea have jumped to the front of the queue and hope to complete a deal once his participation in the World Cup is over.

CSKA want around £27 million for Golovin, which has not stopped Chelsea from making a move. The club believe the 22-year-old can add creativity to their squad and are confident he could make an impact in England.


Scouts working for Chelsea believe Golovin has similar qualities to Real Madrid midfielder Luka Modric, but their move for the Russia international leaves any deal for Jean Michael Seri in major doubt.

Cesc Fabregas and Pedro are both over 30 and have just one year left on their contracts, while there is doubt over the future of Willian.

Chelsea want to sell Danny Drinkwater , who they value at around £30 million, but will not consider bids for either Ruben Loftus-Cheek or Ross Barkley.

Mourinho said: “Golovin is a playmaker, he’s a player that gives the dynamic of the team.”


Conte has however drawn up a pre-season programme in case he is still in charge at the club, Sarri is expected to be in charge by the time the non-World Cup players return.

The agent of Juventus defender Daniele Rugani said his client’s proposed £35 million transfer to Chelsea hinges on the appointment of Sarri.

Neymar mocks Mexico: They talked too much and they're going home

Mon Jul 2 , 2018
Brazil star Neymar could not resist aiming a dig with some choice comments directed at Mexico after ending their World Cup hopes on Monday. The Paris Saint-Germain forward broke the deadlock after half-time in the last-16 match by scoring from close range. He was also involved in the late goal […] 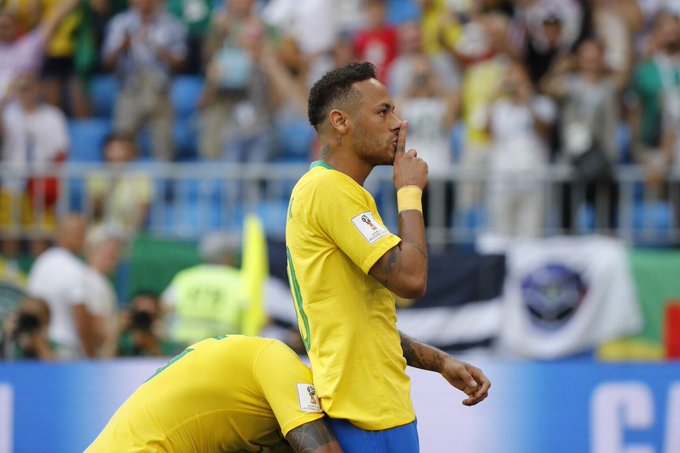