Roma goalkeeper Alisson has arrived in England on Wednesday evening to complete his £67 million move to Liverpool.

After submitting a £62m offer on Tuesday , Liverpool have moved to agree a world-record £67m deal with Roma for the Brazil international.

Alisson had been on holiday in Sardinia after Brazil’s World Cup campaign but he has now cut it short to complete his transfer to Anfield.


On Wednesday evening, Alisson boarded a flight from Ciampino Airport to Manchester and  and has now arrived in England.

‘I want say thanks to Roma fans,’ Alisson told ForzaRoma at Ciampino Airport.
‘Now it’s time for a new adventure.’

Alisson is now due to undergo a medical with Liverpool and the move is set to be finalised by the end of the week.

The 25-year-old, who was also on Chelsea’s radar as a potential replacement for Thibaut Courtois, will sign a five-year deal with Liverpool.


Alisson is set to become Liverpool’s fourth signing of the summer after Naby Keita, Fabinho and Xherdan Shaqiri.

Thu Jul 19 , 2018
CSKA Moscow president Yevgeny Giner has denied claims that Alexandr Golovin is on his way to Stamford Bridge. Golovin was Russia’s poster boy this summer and impressed at the World Cup, notching up one goal and two assists as his side reached the quarter-finals. While several clubs were interested in […] 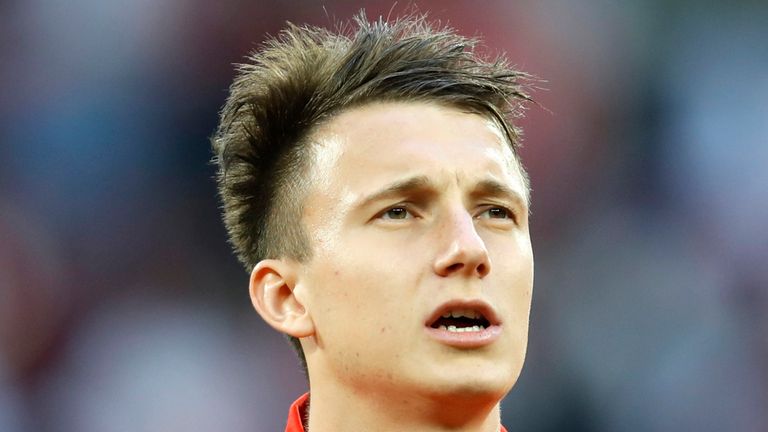