The film producer made the accusation after he revealed that his club had made an offer for goalkeeper Alisson, who left Italy to become the world’s most expensive goalkeeper, at the time, and signed for Liverpool in a £67 million move.

The Brazil international became the second Roma player to move to Liverpool in the last year as he followed the path of Mohamed Salah.


It took Liverpool time to get a deal for Alisson as Roma felt they had been ripped off when Mohamed Salah moved to Anfield for £36m in 2017.

And De Laurentiis, who is prone to making controversial claims, says the relationship between the two teams is more controversial than it would seem, suggesting that they are breaking the rules of UEFA, which state one owner cannot have more than one club in a European competition.

“Roma were dismantled and reassembled, I can’t evaluate them: I wouldn’t have sold Alisson, not even for €100m,” he told Corriere dello Sport.

“I’ve always suspected that the real owner of Liverpool is also that of Rome. A little bird whispered it in my ear a few years ago. And if that is true, with a shared ownership they could not both compete in the Champions League.”

Despite missing out on Alisson and losing Maurizio Sarri over the summer, De Laurentiis is confident heading into the new campaign under Carlo Ancelotti.


“I was struck by Ancelotti’s desire to return to coaching in a league that is returning to being competitive with the best leagues in Europe,” he said.

“I’ll quote a sentence from Carlo: ‘I’m not here to comb the dolls’. I’m a supporter of Ancelotti, I do not worry about him, I know he will need time but the fans are desperate, they want to win: we want to win but we will need patience.”

Fri Aug 17 , 2018
Andreas Pereira has explained why he rejected Jose Mourinho’s advice to stay but opted join Valencia on a season-long loan last summer. The 22-year-old impressed in a Valencia team which finished fourth in La Liga and returned to Old Trafford with confidence after a full campaign of regular playing time […] 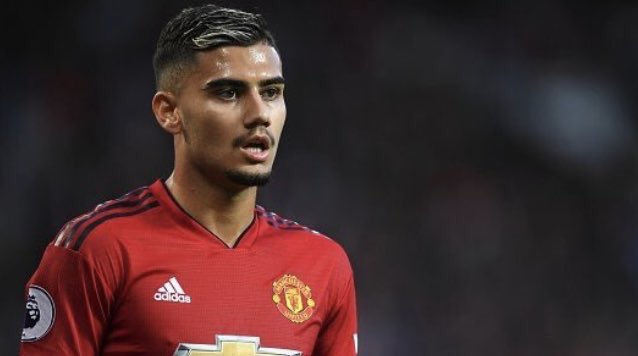