CSKA Moscow president Yevgeny Giner has denied claims that Alexandr Golovin is on his way to Stamford Bridge.

Golovin was Russia’s poster boy this summer and impressed at the World Cup, notching up one goal and two assists as his side reached the quarter-finals.

While several clubs were interested in Golovin before the start of the tournament, it’s understood his recent performances have attracted the likes of Chelsea, Juventus and Monaco.


Some reports suggest that Chelsea have agreed a deal with the Russia international but CSKA chief has rubbished rumours of an imminent transfer to Stamford Bridge.

However, Giner confirmed that Golovin is set to join a club in the coming days.

‘We have to let Golovin go so we don’t hold him back,’ he told Sport24.

‘As things stand though we still don’t have the solution. When we receive an offer we always try to negotiate openly.

‘We were contacted by the Vice-President of Monaco [Vadim Vasilyev] and they made an offer for Golovin.


‘Chelsea? There’s no done deal with them, but the question of his move to another club will be settled, I think, in the next two days.’

Golovin even hinted that he was keen to join Juventus.

‘For now I want to focus on the World Cup and Russia,’ he said.

‘I am honoured and pleased by interest from Juventus, but I want to have a great World Cup.


‘Juventus? They are all strong, but Paulo Dybala is the best, as he has more creativity and is my favourite.’

Thu Jul 19 , 2018
Chelsea have accepted defeat in the race to sign Alisson, who is set to join Liverpool, and have already drawn up a three-man goalkeeper shortlist, according to reports. The Blues are willing to allow Thibaut Courtois join Real Madrid in a £35million deal rather than losing him for nothing next […] 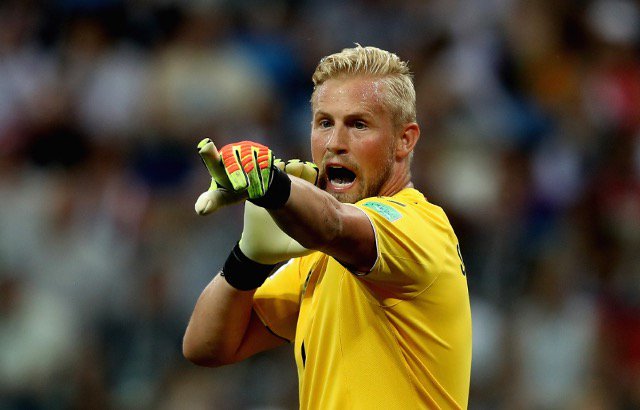